A regional publisher has apologised and paid a “substantial sum” to a man after one of its newspapers wrongly alleged he was “an ISIS supporter.”

Newsquest has said sorry and made the payout to Alaedeen Sicri after the claim was published in Brighton daily The Argus following the 22 May 2017 Manchester Arena terror attack.

Mr Sicri was one of 22 people arrested in connection with the attack, and was later released without charge, but, in an article published on 31 May 2017, The Argus wrongly suggested that he was an ISIS supporter who had publicly mourned the death of an ISIS leader in Libya.

The case was heard before Mr Justice Warby in the High Court, where Newsquest Media Group Limited accepted the allegations published by The Argus about Mr Sicri were “wholly false.” 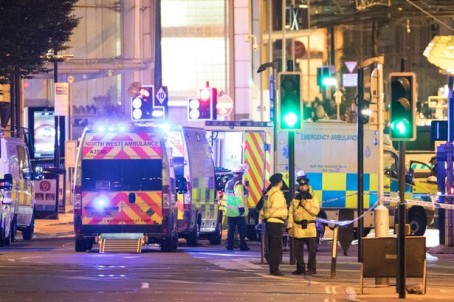 Mr Sicri is a qualified pilot who, in May 2017, was living in West Sussex. While training to be a pilot he ran an online business to assist individuals in Libya to make online purchases from companies such as Ebay or Amazon.

His details also appeared on a Facebook page used by many Libyans for currency exchange.

A statement issued on behalf of law firm Bindmans, which represented Mr Sicri, states: “Mr Sicri had nothing whatever to do with the attack and had no connection or affiliation with the bomber or other terrorists. He cooperated fully with the police and was released without charge.

“Mr Sicri’s arrest was reported in a number of media outlets. The police did not make any public statement referring to the fact that Mr Sicri had been arrested, and did not issue any details about his arrest.

“Mr Sicri was told that the reason for his arrest was that his number was telephoned by Salman Abedi a day or so before the attack in Manchester. Mr Abedi had rung his number because he wanted to transfer some money to Libya and that he had obtained Mr Sicri’s number from a publicly available source. Mr Sicri told Mr Abedi that he was not able to assist and put the phone down when he became suspicious of a scam.

“On 31 May 2017 there was an article about Mr Sicri in The Argus newspaper in Brighton. The article suggested that Mr Sicri, was an ISIS supporter who had publicly mourned the death of an ISIS leader in Libya by posting a picture of the Libyan flag when news broke of that ISIS leader’s death in a US air attack, together with a message of respect for the dead leader on his Facebook page.

“The defendant accepted that these allegations are false and defamatory. Mr Sicri is not, and has never been, a supporter of ISIS. Mr Sicri had nothing to do with the attack in Manchester. He is opposed in the strongest possible terms to all violence done by ISIS, including the Paris and Manchester attacks. He has never supported the ISIS leader referred to in the article published in The Argus, (or any other ISIS leader). The publication of these false and defamatory allegations by the defendant has caused Mr Sicri very great distress, anxiety and damage to his reputation.”

The Argus has since published a correction and apology, and has undertaken not to publish the allegations again.

Daniel Bishop, defending Newsquest, told the High Court: “The publisher accepts completely that the allegations that Mr Sicri was an ISIS sympathiser and that Mr Sicri had publicly mourned the death of an ISIS leader by posting a picture of the Libyan flag together with a message of respect for the dead leader on his Facebook are wholly false.”