A journalist who launched his own regional running magazine to combat what he termed the “demise” of local newspaper coverage of the sport is hoping to raise £3,000 so he can continue producing and expanding the publication.

Paul Halford says the first two editions of Forerunner, which covers running-related topics in Cambridgeshire, have run at a small profit, but he has now started a crowdfunding campaign in conjunction with the second issue’s release.

Paul, pictured, was made redundant 18 months ago as deputy editor of Athletics Weekly after 15 years with the magazine, and started Forerunner when a lack of freelance work meant he had some “time on his hands”.

The magazine has a print run of 3,000, but Paul believes he sees a niche for a series of countywide running publications using the same template and with shared content and advertising. 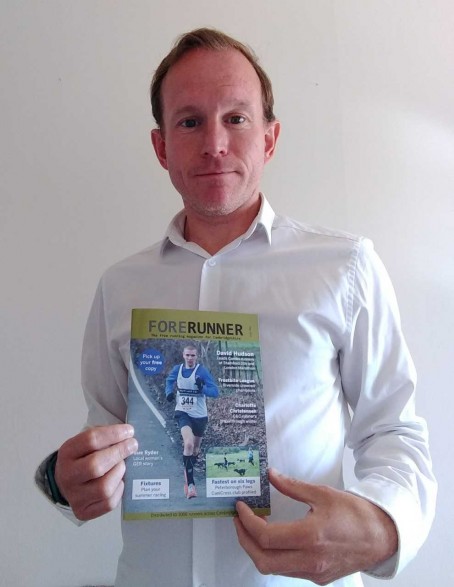 Paul, who lives in Peterborough, said: “So far it’s been impossible to enlist an advertising sales executive because I can’t be sure I will sell enough ads to run the next edition and that the commission won’t leave me out of pocket.

“The crowdfunding money would change all that as I could be sure the print costs are covered.”

Paul hopes his plan to spread to other counties can provide part-time work to local journalists or running enthusiasts around the UK.

He has counted England Athletics among his advertisers in the first two editions.

Paul added: “The limitation with most running magazines is that a lot of the content gets recycled, but people like Forerunner because they can read about their clubmate or see pictures of their running partner. It’s especially valuable after the demise of local newspaper coverage.

“There is a similar free running magazine out there that has enough advertising to support a 100,000 distribution, although this is a national publication.

“People have suggested going online-only, but I think in this day and age, when you have ‘content’ coming at you digitally from all angles, a print publication really stands out.”