A trio of weekly newspapers in North East London have been relaunched under a single brand in a shake-up by publisher Newsquest.

The Waltham Forest Guardian, Chingford Guardian and Wanstead and Woodford Guardian have been replaced by the East London and West Essex Guardian.

At the same time Newsquest has also relaunched the Epping Forest Guardian so that its design matches that of the new East London title.

Both titles are edited by Victoria Birch, who took over the role of group editor for Newsquest North London in January 2017. 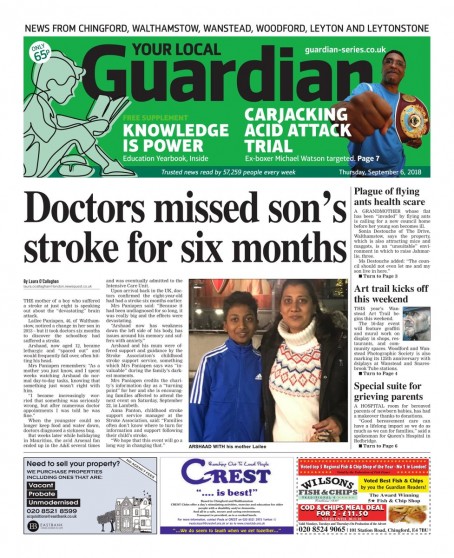 “The launches followed an extensive market research project asking our east London readers how best our Guardian series could serve their communities.

“The two new titles have more local news pages as well as business, schools coverage and sport and a bumper new property section – and have gone down really well with readers and advertisers.”