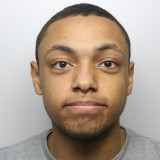 A judge backed a regional daily’s bid to name a teenage murderer who killed his stepmother with a Samurai sword after becoming fascinated with murder.

The South Wales Evening Post and its sister website Wales Online had covered the case since 54-year-old dog rescuer Fiona Scarfield was found dead at her remote Carmarthenshire farmhouse in March.

Restrictions had been imposed under Section 45 of Youth Justice and Criminal Evidence Act 1999 when Braithwaite appeared at Llanelli Magistrates Court, but the Evening Post decided to wait until his sentencing hearing to challenge the restrictions in order to tell the full story.

Swansea Crown Court heard Braithwaite, who admitted Miss Scourfield’s murder at an earlier hearing, had become fascinated with murder and visited a graphic American website showing images of “killings of some brutality” – with Mr Justice Picken citing this aspect of the case as a reason why the order should be lifted.

Reach’s application to the judge, which was also signed by the Press Association, had cited the serious, premeditated nature of the attack, the distress it had caused in the local community, and the fact that the use of knives by teenagers is an issue of national importance and concern as reasons for lifting the order.

Neither defence nor prosecution barristers opposed the application, or a separate application by the BBC, and after the defendant was sentenced the judge lifted the restrictions.

In doing so, he added it was important all the facts were known so the public could have an “informed debate” on the issues raised by the case – including Braithwaite’s obsession with watching images of beheadings, mass killings, murders and suicides online.

Jason Evans, crime and court reporter for the Evening Post and Wales Online, was in court for Braithwaite’s sentencing.

He told HTFP: “For obvious reasons reporting restrictions were imposed at magistrates court, but once it became clear there would be a guilty plea by the defendant we thought we had a strong case to ask for the order to be lifted. I discussed the case with reporters from PA and the BBC, and we were all of the same opinion.

“Our lawyers drafted a detailed letter for the court which I submitted to the judge a few days in advance of the hearing. We felt this was a case where it was important that the full details be published – a savage, premeditated attack with weapons by a teenager on his stepmum, a woman who was well-known in the local community for her work with a dog rescue charity.

“The two barristers in the case, both experienced counsel, took a very pragmatic view, and did not oppose our application. At the conclusion of the sentencing hearing the judge said it was important all the facts were known, and allowed full reporting.

Jason added: “The details of the case were shocking – the use of an axe and samurai sword, the savagery of the killing, the domestic nature of it, and the defendant’s interest in watching graphic online violence – and all needed to be known if we were to tell the story fully.”

“It is always worth challenging reporting restrictions at crown court if you think you have good grounds. It is my experience in Swansea Crown that a clear, relevant, properly thought-through application will always be carefully considered by a judge.”