Journalists up for NCTJ awards after another record-breaking year

Journalists and students are set to be honoured by the National Council for the Training of Journalists after another record-breaking year for its annual awards schem .

The NCTJ has announced the shortlist for its Awards for Excellence 2018, which will be handed out at next month’s Journalism Skills Conference.

The industry training body received a total of 329 entries, beating a previous best set last year, with a total of 52 students, trainees, apprentices, journalists and course providers being shortlisted.

All shortlisted entrants and their guests are invited to attend a gala dinner and awards ceremony at Quendon Hall, in Essex, on Thursday 29 November. 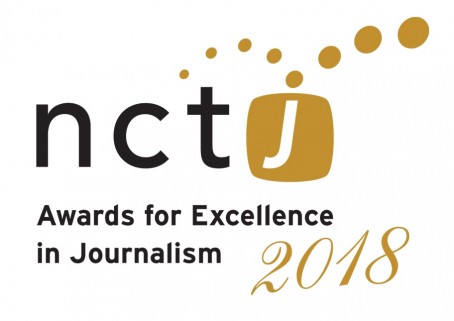 The winners will announced at the ceremony, which will be hosted by Sky News special correspondent Alex Crawford, who was unveiled last week as the NCTJ’s first ever patron after being nominated in a survey of working journalists.

Chairman’s Award
To be announced on the night