A journalist described as an “institution” at the daily newspaper for which he wrote for 51 years has died aged 91.

Tributes have been paid to Albert Morris, who worked for The Scotsman from 1954 until April 2005 – 13 years after he had officially retired from the Edinburgh-base paper.

Albert, pictured, was known for his “light touch” features, as well as his opinion columns and a daily dispatch which he wrote for more than 35 years.

He also authored a booked called ‘Scotland’s Paper: The Scotsman 1817-1992′, while book of his own work called ‘The Morris File’ was produced by Scotsman Publications in 1985. 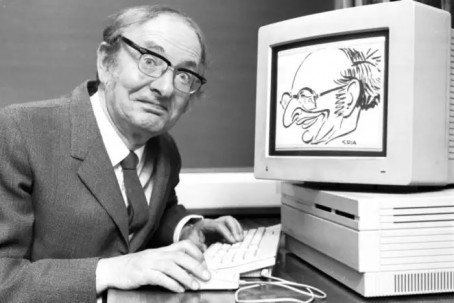 Former Scotsman editor Magnus Linklater said: “Bert was an institution in The Scotsman. He, himself, was a small but sparkling character and very witty. He was the complete Edinburgh man.”

Born in 1927, Albert left school at 14 and studied shorthand and typing at Skerry’s College, in Edinburgh.

Sports writer Bill Lothian recalls being instructed to read Morris’s columns when he was a journalism student at Edinburgh College of Commerce in the 1970s.

Bill told The Scotsman: “His column was required reading. We were told to read his prose every day because he was such a brilliant writer.”

Of meeting Albert when they later worked together, Bill added: “I found he was such an unassuming man. He was never at the pub, but everyone always wanted to be in his circle and find out who he was.

“He had a fantastic following, people used to buy the paper just for his writing.”

Albert, who died in hospital on Tuesday night, is survived by wife Teresa.