A former regional journalist who lived in Russia for nine years has published a book about his experience of football in the country ahead of the World Cup.

Andy Potts was a reporter and English teacher in Moscow between 2006 and 2015, moving there after beginning a “lifelong fascination” while on a school trip, and his book, ‘Snow on the seats’, describes “the best and worst of football in Russia” through his eyes.

Andy had worked on titles including the Mid Devon Gazette, Hounslow Chronicle and Essex daily The Echo, where he was West Ham United correspondent, before his move.

He has since returned to England to work as a freelance. 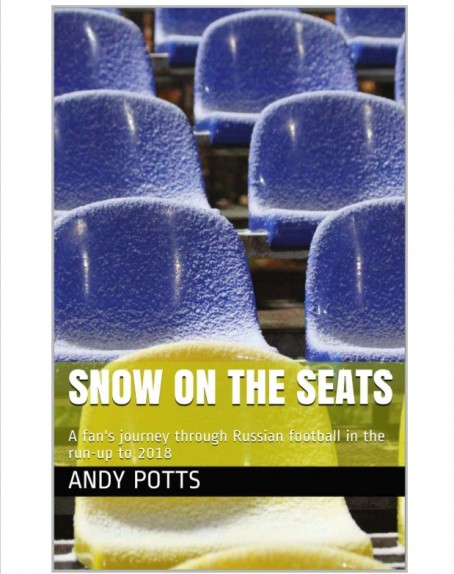 Andy told HTFP: “It’s a lifelong fascination, dating back to that first school trip mentioned in the intro to the book. And, in 2006, the time seemed right to strike out and try something different before redundancies forced my hand. So I moved to Moscow, initially as an English teacher and then as a journalist for most of the English-language titles in the city.

“Most Russia reportage is dominated by politics and petrochemicals, neither of which really get my pulse racing, so I started to focus on the cultural and sporting scene. And, like any football fan, I was hardly going to stop getting to games even if I struggled to read the teamsheets at first.

“The idea for the book was partly a case of ‘because it’s there’ – I had a lot of material about Russian football to draw on, and the World Cup seemed like a good hook to tell some of those stories. In particular, when I rediscovered upon some photos I took of a stadium with a fighter jet in the stands, I felt this deserved a wider audience.

“As I got into the project, it became clearer that this was also a chance to paint a slightly different picture of Russia: football is something immediately relatable, yet it often carries its own accent in different parts of the world. I hope I’ve captured some of the flavour of that, and perhaps given a bit of context to some of the more dramatic claims made about Russian hooligans, corruption in the Russian game and the oddities of FIFA’s ‘legacy’ obsession when it comes to staging major tournaments.

“I can’t claim to have produced a definitive understanding of Russia, or even Russian sport – that topic is too large, too varied and, at times, too contradictory to be contained in any single work – but I hope this is an honest personal account of Russia in the years leading up to the big tournament.”