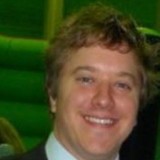 A regional journalist has shared his shock after reporting on his former teacher’s ban for photographing schoolgirls without their knowledge.

Lincolnshire Live reporter Ashley Franklin has spoken out after IT teacher Ashley Bakewell, pictured, was prohibited from teaching indefinitely for the offences.

A professional conduct panel hearing found that on one or more occasion, Bakewell took inappropriate photos of one or more pupils without their knowledge.

It was also heard that he had stored photos of pupils at the school on one or more personal devices and the reasons were found to be sexually motivated.

All allegations had been admitted by Bakewell prior to the hearing, which he did not attend.

In his story on proceedings for Lincolnshire Live, Ashley Franklin said: “I am shocked to hear what has happened.  Mr Bakewell was always a laugh in lessons, but he never stepped over the line.”

In its report, the panel wrote: “The panel finds Mr Bakewell’s actions were deliberate and that he was not acting under duress. The panel is however also aware that, to his credit, Mr Bakewell has a previously good record and was co-operative with the school and police investigations from the start.

“[He] consistently accepted his wrongdoing as matters progressed and resigned his position in the course of the disciplinary investigation and before a disciplinary hearing was to take place.

“This was not a sexual misconduct case that involved any direct relevant or physical contact or communication between teacher and pupil. Mr Bakewell’s remorse is clear and he has demonstrated insight into his behaviour.

“He is attending counselling sessions in order to assist in him taking preventative steps to ensure that this behaviour is not repeated.”