A journalist has left a weekly newspaper to start her own business – marking the end of her family’s 70-year association with the title.

Lily Dane has spent the past 27 years at the Impartial Reporter, in Enniskillen, but has now decided to set up her own public relations company.

Lily’s father Mervyn Dane, who died aged 87 in 2016, spent 47 years with the Reporter and edited the paper prior to his retirement in 1994.

Lily, pictured, worked at Belfast daily The News Letter for three years before joining the Reporter’s staff in 1990. 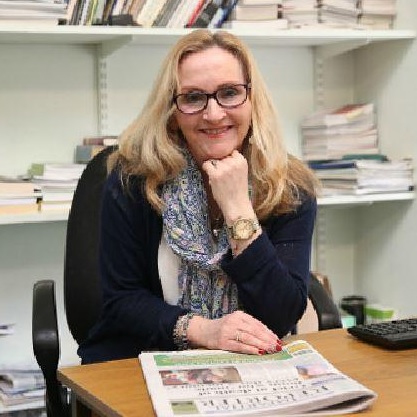 Following the retirement of her father, Lily took on the responsibilities of compiling the Mainly About People and Looking Back columns and obituary writing, fulfilling these alongside her other weekly reporting duties.

She told the Reporter: “I greatly value the people I have worked with, including colleagues past and present, and I wish to acknowledge the great leadership given by the current editor Sarah Saunderson and her predecessor Denzil McDaniel and of course before that my father Mervyn, all of whom I enjoyed working with.

“There is a great team at the Impartial Reporter, across all disciplines, and I wish to pay tribute to them all.”

The Dane family link with the Reporter will not be severed entirely following Lily’s departure though, because her niece Jessica Campbell, Mervyn’s granddaughter, writes a freelance column for the newspaper.

Lily added: “I reported on both happy and sad occasions and I developed strong relationships and enjoyed building contacts within this community, the people of which I hold in high regard.”

The website of her new company, Lily Dane PR and Writing Services, can be found here.