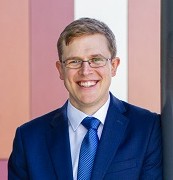 A former regional journalist is returning to college to lead his old university course – 11 years after he graduated from it.

Jonny Greatrex left Nottingham Trent University with an MA in Newspaper Journalism in 2007 before going on to train at the Birmingham and Post and Mail.

He rose to be digital development editor at the West Midlands titles before leaving in 2015 to become BA Multimedia Journalism course leader at Canterbury Christchurch University.

Now after a three-year stint Jonny, left, has returned to his East Midlands alma mater to lead NTU’s NCTJ-accredited MA in News Journalism, the successor to his former course.

Said Jonny, 35: “To be returning to NTU to lead my old course gives me a feeling of immense pride. My time at NTU set me up really well for entry into the industry and meant I was able to land a traineeship at a major regional publisher.

“The course has an excellent reputation, I hope I can keep that going while inspiring a new generation of journalists.”

Nottingham Trent University Head of Department of Journalism and Media Mark Dunford added: “”I’m  delighted to  welcome Jonny back to NTU after his successful time in industry and academia.

“It is important for the current generation of students to be taught by someone who honed his skills and knowledge here in  the Centre for Broadcasting and Journalism. His success is a testament to the work of everyone who has worked here”.

While at the Birmingham Mail, Jonny was part of the team which landed Regional Press Awards Website of the Year and Digital Award in 2015.