A journalist has set himself a pre-World Cup challenge of finding one person on his patch from each of the 32 competing nations before the tournament starts.

Tristan Cork, who works for the Bristol Post and its sister website Bristol Live, has begun his search for people in the city with the aim of holding an “alternative” World Cup in Bristol before the football kicks off in Russia next month.

Tristan posted an appeal on social media on Tuesday, and has so far found people in the city to represent Australia, Peru, Poland, Portugal and Tunisia.

The idea was initially touted to Tristan by freelance journalist Neil Maggs, who writes for the Post, during a discussion on how the newspaper and site could cover the World Cup. 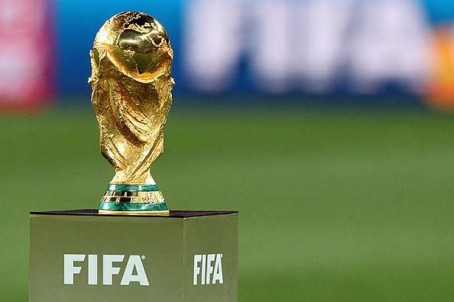 Tristan told HTFP: “We were talking about how Bristol is such a diverse place. A couple of years ago, a report into the city’s diversity found that there are 91 different languages spoken in Bristol, and that has sparked some wonderful projects based around that already in the city.

“We bounced around the idea and it became clear – wouldn’t it be amazing to get a person from every country involved in the World Cup, who now calls Bristol home, together in one place for a photo. Then, the possibilities are endless – my dream is to stage some kind of alternative Bristol World Cup: imagine a Bristolian Russian playing a Bristolian Saudi at rock-paper-scissors.

“We want this to be wonderfully inclusive and basically be a celebration of how Bristol, a City of Sanctuary, welcomes and loves people from all over the world.

“And hopefully it will be just a bit of fun and everyone can get into the spirit of the Bristol World Cup, that it will join people together and celebrate the city, and people’s own home country and culture too.”

Tristan is planning to hold the “alternative” World Cup, in whatever form it takes, on the Sunday before the tournament starts, with the aim of running follow-ups with each country’s representatives as the tournament progresses.

He added: “The response so far has been great. Just one tweet last night has so far been retweeted more than 140 times, and one Facebook post yesterday morning is already sending my notifications crazy.

“It is still just a challenge, though, and it’s one I’m still not that confident of completing in less than three weeks. But I’m getting more confident. Bristol is an amazing place, and hopefully this will be a great, fun thing to do.”