Journalist denied access to defibrillator as she tended stricken man 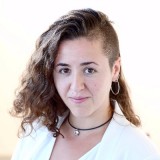 A journalist was left angered after being denied access to a defibrillator while helping a man she believed was going to die in her arms outside a newspaper office.

Staff at Swansea railway station refused to give Wales Online reporter Estel Farell-Roig, left, the lifesaving equipment after she rushed to the aid of the unconscious man – despite her being asked to find one by the 999 operator.

Estel, 24, discovered the man lying on his side with his mouth “half open” just outside Wales Online’s Swansea office, which is also home to the South Wales Evening Post.

After calling 999, she was asked to carry out some checks on the man and advised to ask another member of the public to go and get a defibrillator while waiting for the ambulance to arrive.

However, the young man who was helping her returned “looking shocked” and told her he “wasn’t allowed” to take it out of the nearby railway station.

In a piece about her experience for Wales Online, Estel wrote: “In the middle of that stressful situation, I didn’t really think much of the gravity of that statement.

“Thankfully, the man was fine – he did eventually come round after about 20 minutes and walked away with the woman after confirming to the operator he didn’t require an ambulance.

“When I got to my car, I rang my mum and started crying. I regularly write about drugs, and people overdosing, dying, and all of a sudden it all felt overwhelmingly real.

“However, as time passed, my intense feelings were replaced by anger. If they were worried we may steal the defibrillator, why didn’t they send a member of staff with us? How could they justify not giving it to us when someone could be dying less than two minutes away?

“In situations like that, time is of the essence and I felt really disappointed, hoping that this was a mistake by a member of staff rather than an actual rule or policy. At the end of the day, the operator herself had told us to go and get it from the station.”

Transport for Wales, which runs the station, has now launched an investigation into the incident.

Colin Lea, commercial and customer experience director for Transport for Wales Rail Services, told Wales Online: “We absolutely recognise that defibrillators available at our stations are for the community, and our number one priority is and will always be to care for people and preserve life.

“We have already commenced an investigation to understand why decisions taken in this instance were not aligned to our way of working, operating as part of the community.

“Fortunately, this is a unique example amongst many other examples where people have been proactive in supporting others every day.

“We have issued an immediate reminder to our people on how important it is at all times to provide whatever support we can in an emergency situation or where people need assistance.”