A group of journalism students were asked to leave a courtroom after a defendant accused of burglary refused to continue with the hearing in their presence.

Three University of Bedfordshire students and their lecturer Jon Boyle left the hearing at Milton Keynes Magistrates Court, pictured, after the 33-year-old defendant said she “wasn’t happy to continue” while they were present.

After being “politely asked” by an usher, Jon says he “decided to do them a favour” by moving to a different courtroom.

Jon posted about the incident on Twitter, but has since received some criticism from fellow journalists for his response to the usher’s request. 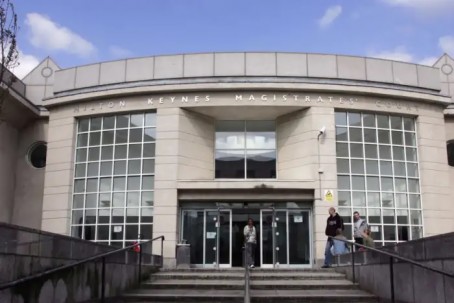 He later admitted that he would have taken different action if the purpose of the visit had not just been to take a “look” at the courts.

In a post on Wednesday, Jon wrote: “A first at Milton Keynes Magistrates Court today as a 33-year-old defendant accused of burglary said she wasn’t happy to continue with me and the Uni of Beds journo students in the court room.

“We decided to do them a favour by moving court room after the usher politely asked.”

Ben, whose role is based in Hemel Hempstead, wrote: “If one of my reporters came back from Mags saying they didn’t get anything because a defendant got upset then they would be b******ed. At length.

“You’re teaching journalism: The teaching challenge for your students is to tell you, the usher, and the very flustered lady what the law is. Every young journalist needs to learn how to say ‘No. This is the law, so this is what we’re gonna do.'”

Jon replied: “I agree. It’s eating away at me that I moved as it’s not something I would have done if it wasn’t just a ‘look’ at the courts with three students, which I explained to them.”

Esther wrote: “With all due respect, that was the perfect moment to teach these students one if the fundamentals of court reporting. As organisations and institutions that should be open increasingly close ranks, and increasingly young reporters, then this is a very worrying example to set.”

Jon told HTFP: “I have covered loads of court cases over the years for local newspapers so I obviously agree with the tweets I’ve received from journalists saying that I shouldn’t have moved.

“I would just like to add some context to the incident. We walked in halfway through the trial and it ground to an instant halt as the defendant refused to continue, despite repeatedly being told by her solictor and the court clerk that we had every right to be there.

“After a couple of minutes of disruption, the usher came over and politely said, ‘I can’t ask you to move to a different court room but it would really do me a huge favour if you did’. So I agreed to help him out on this occasion as it was a uni trip.

“I told the students outside that I would never have left if I was reporting on the case and I’ve shown them the tweets I have received from journalists criticising my decision not to stand my ground. I’m always taking journo students on court trips – indeed today I took 23 Luton-based students to Luton Crown Court and then Luton & South Beds Magistrates Court – so next time we won’t move.”