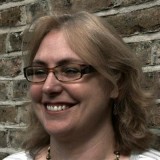 A journalism lecturer has won a council seat for Labour after standing for the party in a by-election.

Penny Wrout, who teaches at the University of Essex, will sit on Hackney Council after winning 58pc of the vote in the authority’s Victoria ward.

Former radio journalist Penny, a mother-of-one, has lived in the ward for 13 years and in Hackney for more than 25.

The by-election was triggered after Penny’s predecessor on the council, Labour’s Alex Kuye, had to step down due to ill-health.

Penny, pictured, told the Hackney Gazette: “In many ways because of Alex not being well it’s something I’d rather have not happened, but sadly he’s had to stand down and I wish him all the luck in the world.”

“One of the things that was a bit strange about the by-election was the strange situation it puts you into. Normally there are 57 seats but you are standing for the only one, so all the attention is on you, and that’s a strange feeling.

“Frankly it’s a baptism of fire in terms of having the spotlight put on you if you are new to politics – which I am.”

She added: “If you look at the Conservatives who are digging themselves a bigger and bigger hole, Labour is a party with fresh ideas at the moment, doing lots of research and talking to people at a grass roots level.”