Two photographer roles and a content manager position are under threat in a fresh round of cutbacks at regional publisher Newsquest.

And in a separate move, the regional publishing group is proposing to close one of its weekly newspaper offices on the grounds that it is no longer fit for purpose.

The job cuts in prospect are at Newsquest’s North Wales division, based in Mold but also affecting journalists based in Colwyn Bay.

The division is made up of titles that were previously part of NWN Media until its purchase by Newsquest last year and include the Wrexham and Flintshire Leader, North Wales Chronicle and Rhyl Journal. 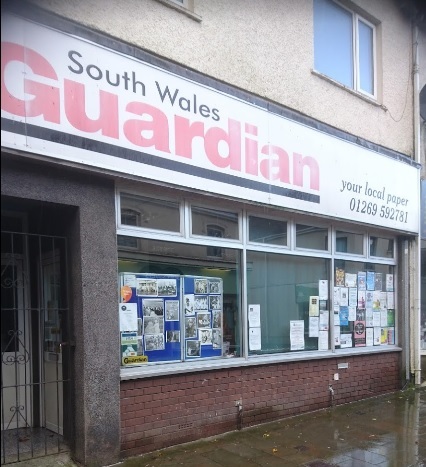 A Newsquest spokesman said: “A review of the Mold and Colwyn Bay editorial departments, if implemented, would lead to a loss of two photographer roles and a content manager.

“Whilst the potential redundancies are regrettable, it means we can continue to invest in frontline reporters which are central to the continued success of our local news brands.

The office closure affects journalists on the South Wales Guardian, currently based at premises in Quay Street, Ammanford, pictured.

Most of the staff are expected in future to be based at Haverfordwest alongside sister title the Western Telegraph, although Newsquest says it will retain a presence in Carmarthenshire town.

A spokesman said:  “Our office in Ammanford is no longer fit for purpose.  We will continue to have a presence in the town and are reviewing a number of options in this regard.”

Both the Guardian and the Telegraph have been overseen by a single group editor, Steve Adams, since 2016.