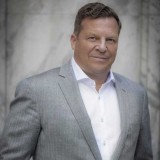 Johnston Press has challenged its biggest shareholder to come up with a rescue plan for the company – after he claimed its board may be planning to place it in administration.

Christen Ager-Hanssen, left, whose Custos Group owns more than 20pc of the newspaper publisher, has written to its board over what he called “speculation among investors” about its future.

He has threatened legal action if rumours that the company is to be placed in administration before being sold-on by the administrators in what he termed a “pre-packaged sale” turn out to be true.

JP, which publishes more than 200 regional and local newspapers, has responded by challenging Mr Ager-Hanssen to come up with a “workable proposal” to refinance the business.

The company, whose titles include the i newspaper, The Scotsman and the Yorkshire Post, has been in discussions for months over ways of refinancing £220m worth of debt that becomes repayable on 1 June 2019.

Its current share price is hovering around the 3p mark giving it a market capitalisation of £3.91m, while as of the end of May it had £24.6m in cash at the bank.

Last month HTFP reported that one of the options being looked at includes offloading its pension scheme to the Pensions Protection Fund, allowing a new owner to take control free of pension liabilities.

The biggest holder of the debt is GoldenTree, a US hedge fund. A restructure of the business could see GoldenTree take control of the company.

In his letter to the JP board, which has been seen by HTFP, Mr Ager-Hanssen demands answers to two questions by the end of today.

Firstly, he asks whether the board has or intends to direct the company to appoint administrators.

Secondly, he asks whether, if the company is placed into administration, whether it is intended that a “separate entity” acquire the business and assets of the company from the administrators in  a “pre-packaged sale?”

JP has told HTFP it will respond to Mr Ager-Hanssen “this week” but has declined to confirm or deny the veracity of his claims.

In his letter, Mr Ager-Hanssen wrote: “Of course, rumours swirling the market may be entirely false. But there are also rumours in the market that leaks have been made on purpose to manipulate the stock price to fall sharply which have as we know happened lately and damaged significant shareholder value.

“I am concerned that market manipulation may be at play and/or that information may have been leaked specifically so as to enable a pre-packaged sale on terms not in the best interests of the company.”

Mr Ager-Hanssen also describes it as “bizarre” that, as the biggest shareholder, Custos has not been consulted over any possible insolvency situation.

“Please be aware, if formal insolvency and a sale of the business are in effect a serious game plan, my position and intervention must absolutely be considered,” he wrote.

In a statement, JP said: “We confirm we received a letter from Mr Ager Hanssen over the weekend. We will of course respond to him this week.

“If Mr Ager Hanssen does have a workable proposal to refinance the business, we look forward to receiving this and we will invite him to provide more detail. This is the first correspondence from Mr Ager Hanssen since November 2017.”

“As stated in the group’s 2017 annual report, any proposal that results from these discussions will remain subject to negotiation and consent of relevant stakeholders, and there can be no certainty that a formal proposal will be forthcoming.”

Responding to JP’s statement, Christen told HTFP: “[Johnston Press] welcome a dialogue and I think that is good. They should talk to all stakeholders. I’m quite shocked they haven’t talked to us for a year, and we’re the biggest shareholder.”

He added: “We all want to solve the situation and we all want the best for the company.”