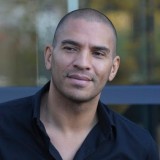 Regional press journalists have hit out at a former England footballer after he described local football reporters as “self-serving sycophants” in an online rant.

Stan Collymore, left, has come under fire from the industry after telling football supporters they “shouldn’t follow any local press” in a tirade on Twitter.

Mr Collymore, who has worked as a football pundit since his playing career ended, launched his tirade in response to an Aston Villa fan who criticised “fickle and ill-informed” media coverage of current managerial issues at the club.

He wrote: “[This] is why you shouldn’t follow any local press whoever you support. Most are fans, most don’t want to be kicked out of the weekly press conference by being critical, some become pals with the gaffer, some look for jobs in the club itself. Self serving sycophants.”

However, journalists and fans alike have since united to criticise his remarks, which one former regional daily sports editor described as “complete tosh.”

Among those who responded from within the industry was Eastern Daily Press editor David Powles. who accused Collymore of making a “ridiculous sweeping statement”.

David posted an image of the EDP’s front page on Tuesday, which featured a story about Norwich City’s managing director Steve Stone leaving the club weeks before its annual general meeting.

He wrote: “Hi Stan, [the EDP] ran this front today, which there’s no doubt club wouldn’t have wanted to get out and clearly doesn’t reflect greatly on them. How does this marry up with your ridiculous sweeping statement?”

Hi Stan. @EDP24 ran this front today, which there’s no doubt club wouldn’t have wanted to get out and clearly doesn’t reflect greatly on them. How does this marry up with your ridiculous sweeping statement? pic.twitter.com/RDX66P9o4V

Tim Nash, former Wolverhampton Wanderers correspondent for the city’s daily newspaper the Express & Star, added: “Untrue and very unfair in my experience, Stan. There are scores of reporters up and down the country who do a cracking job of covering clubs for local papers, by holding them to account, often at the risk of – or in spite of – upsetting them and getting banned.”

And Stephen Hollis, former sports editor at Brighton daily The Argus, wrote: “Complete tosh. I was banned numerous times covering Crawley Town and threatened with all sorts by lots of managers at other clubs but never influenced the way I reported on the club.

“I think you’ll find the majority tell it how it is so your view is an unfair generalisation.”

Many of those who responded on Twitter were Leeds United supporters, who cited Yorkshire Evening Post chief football writer Phil Hay as an example of a regional sports journalist doing good work.

Phil himself said of Mr Collymore’s comments: “Is this the prevailing view? Genuinely interested. Personally I deal with a lot of very good local reporters.”

In response, Mr Collymore admitted to Phil: “I’ve followed you for years because I like your stuff. Not all areas of the country are as obviously as lucky as Leeds.”

The striker played for a series of clubs including Liverpool, Aston Villa, Leicester City and Nottingham Forest during his career, and won three caps for the England national team.

He later added: “I’m not using only my experience. I’m pointing at locals who’s [sic] ‘hard working journalism’ often runs to using ex pros like me and their twitter feeds to massively pad out pieces.

“‘All’ was excessive from me but was meant to illustrate general state of local output that I see.

“If the only possible point of argument from local journos is the difference between all/many/most/few then the point is being missed.

“So far Norwich, Leeds and a handful of Bolton fans say they are beside themselves with local journo joy. I’m not seeing universal opinion.”