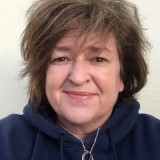 An independent hyperlocal news publisher is taking on a new role as politics and people editor at a regional daily and its sister website.

The Birmingham Mail and Birmingham Live has announced the appointment Jane Haynes, who currently edits Worcestershire-based site Wyre Life, to the post.

Jane, who has previously held newsdesk roles at both the Nottingham Post and the South Wales Evening Post during her career, intends to keep running Wyre Life in addition to her new role if time permits.

Her appointment comes after HTFP reported in August how Mail and Birmingham Live editor Marc Reeves had expressed an interest in exploring future collaborations with hyperlocals during an interview with Jane, pictured, for her personal blog.

Of her new appointment, Jane told HTFP: “I’m delighted to be offered this really exciting new-look role, which carries with it a great responsibility: to dig out and tell stories about the social impact of political decisions on people and communities across Birmingham and the West Midlands.

“I’ll be working closely with colleagues across the Live and Mail teams, hopefully adding something different to the mix.”

Of her plans for Wyre Life, Jane said: “I’ve really enjoyed being part of the hyperlocal news community and will continue to champion the sector and, time permitting, will keep Wyre Life going as a news blog in north Worcestershire.

“I’ve learned so much from the sector and from completing a practice-based MA in mobile and multiplatform journalism here in Birmingham, and hope to take some of that learning around engagement and collaboration into a mainstream newsroom.”