Hoaxer jailed for phoning through fake bomb threat to newspaper 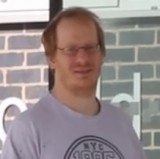 A hoaxer who phoned through a fake bomb threat to a regional daily for a “bit of a laugh” has been jailed for 10 months.

Terry Bell, 29, has been imprisoned after claiming in a phone call to the North Wales Daily Post that there would be an explosion at the paper mill where he had just started working.

A member of the Post’s staff took a phone call from Bell at 2.30pm on 29 September this year, where he made the threat and urged them to tell the police

This was followed up with a second call to the Colwyn Bay-based newspaper.

Jo Maxwell, prosecuting, told Mold Crown Court Bell had asked the Post staff member: “Do you have a pen? At 9pm, there is going to be an explosion at the KPM Paper Mill in North Wales.”

Asked how he knew, he replied: “I am the one who put it there. Tell the police.”

There was a second call a short time later, when he said: “Have you got the message?”

Asked for his name, he said that was irrelevant and hung up.

Police were informed and Bell, pictured, was arrested three hours later while driving in Connah’s Quay High Street, after being traced through his mobile phone number.

The company which owns the paper mill, where Bell had worked two shifts prior to making the threat, decided to evacuate all employees in a complete shutdown of the site which lost the firm an estimatd £710,000 in total.

When interviewed by police, Bell said he thought it would be a “bit of a laugh” and added he was unhappy in his job.

Mark Connor, defending, said Bell was a man with learning difficulties who had a limited ability to read and write and suffered from ADHD and autism, which affected his ability to interact socially.

Mr Connor added: “He did what he thought would get him out of going to work without thinking of the consequences of what that might be.”

Sentencing Bell, Judge Timothy Petts said: “Those who cause significant disruption to individuals or organisations must expect custody because of the impact such offences have on the public.”