A factory is to close with the loss of more than 100 jobs despite campaigns by two sister newspapers to save it.

But despite the titles’ efforts, Unilever has announced it will now close the 160-year-old factory – affecting 113 jobs.

The move threatens to end a 200-year association between Colman’s and Norwich. 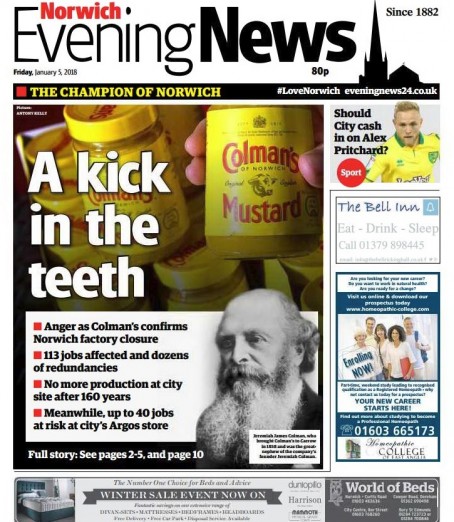 As well as the petition, in October the Evening News urged supporters of Norwich City Football Club to wear replica shirts featuring the Colman’s logo in support of the campaign.

Both titles splashed on the factory’s closure on Friday.

“A staggering number of people backed our campaign, showing the pride people in Norwich have in the Colman’s Mustard association. That makes this decision even sadder.

“I want to thank my team for their efforts and the public for doing their bit and getting behind us.” 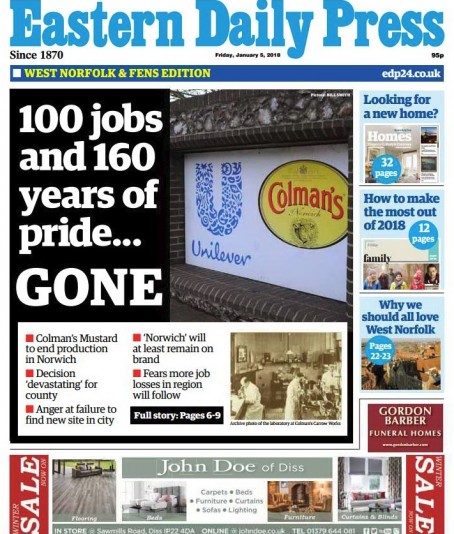