Harry Potter author JK Rowling stepped in to dispel an urban myth after it was reported by a regional news website.

Devon Live had run a story reporting that Exeter’s Old Firehouse pub had been sold to a London-based company, claiming it had been the inspiration for the Leaky Cauldron pub in the children’s series.

However, after Ms Rowling spotted a link to the piece on Twitter, she posted a clarification stating that she had never been there.

Devon Live then ran a follow-up revealing the “long-standing urban myth among students and Exonians” had been debunked, adding a list of pubs which the author confirmed, in a follow-up tweet, that she had drank at during her time as a student in Exeter.

If you want real fantasy, go to an estate agent. Never visited this pub in my life. https://t.co/vzZcIejJVH

In her initial tweet debunking the Old Fire House claim, Ms Rowling posted: “If you want real fantasy, go to an estate agent. Never visited this pub in my life.”

But Jon Clyne, a director at property agent Charles Darrow, which conducted the sale of the pub, told Property Industry Eye that it hadn’t referred to Rowling or Potter during the deal.

He said: “We offered a conversation with Devonlive.co.uk and if you look historically at Google there are rumours absolutely everywhere about her being associated with it.

“The pub categorically hasn’t been sold with any association with Harry Potter whatsoever. The pub was sold on the basis that it’s a quality freehold with high turnover and excellent net profits.

“It’s just the fact that that’s what gets picked up when you put ‘the Old Fire House Exeter’ into Google it appears absolutely everywhere that an idea for Harry Potter came from there.”

“There are many stories about JK in Exeter, as well as a huge interest in her books, and it’s great that she’s been able to get in touch to tell us a bit about her time as a student in the city.” 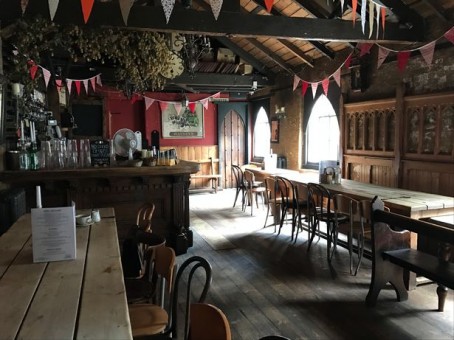