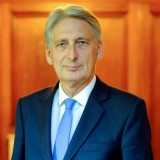 Chancellor Philip Hammond has pledged to extend a business rate cut scheme for the local press which was launched in a bid to bring newspapers back to town centres.

Mr Hammond has announced the extension of the scheme, which offers a discount of £1,500 per office in England, for a further year.

Mr Hammond joked in the House of Commons he had been assured of a “warm welcome” for this afternoon’s Budget from the regional press, in contrast to “whatever the national press says”, as a result.

In doing so, he name checked Archant weekly the Royston Crow and independent title the Keswick Reminder.

The rate cut scheme was introduced by his predecessor George Osborne for an initial two-year period and took effect from April 2017.

The move followed a consultation carried out in 2015 which held out the prospect of a “temporary boost” for local newspapers as they adapted to structural change in the industry.

Mr Hammond told the House: “I will extend the £,1500 local newspaper discount for a further year.

“Whatever the national press says, I’ve been assured of a warm welcome for my Budget in the Royston Crow and the Keswick Reminder.”