A half marathon has gone plastic-free after a campaign backed by a regional news website.

Reach plc-owned Cornwall Live has been supporting pressure group Surfers Against Sewage in their campaign to ban single-use plastics.

Now, after discussions with the group, the organisers of the Truro Half Marathon have pledged to make their event plastic-free.

The event, held on Sunday, featured compostable cups and bibs made using recycled paper, as well as several other plastic-free initiatives. 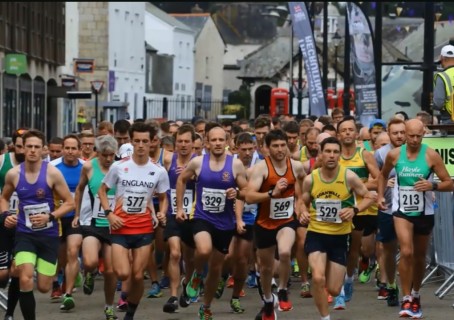 Reach plc regional digital editor Jacqui Merrington, who spearheaded the campaign, said: “The Surfers Against Sewage Campaign has proved to be a tremendous success and captured the public imagination.

“SAS are to be applauded for their efforts and we are delighted to be supporting this campaign to help eradicate plastic pollution from our beautiful beaches and seas.”

James Harvey, campaigns officer for Surfers Against Sewage, added: “This campaign has gone from strength to strength and we have been blown away by the enthusiasm and commitment of everyone who has taken part so far.

“We initially aimed to have 125 plastic free communities by 2020 and thanks to the hundreds of voluntary community leaders that have come forward, we’re well on track to smash that figure out of the park.

“It’s incredible to see communities working together to tackle plastic pollution and we’re really proud to be a part of their journey.”