Broadcasting regulator Ofcom has approved plans for a new BBC channel that could see the creation of 80 new journalism jobs – despite fears that it may cause staff retention issues for newspaper publishers.

The BBC has previously said it intends to recruit 80 new journalists to staff the new channel, which is expected to begin broadcasting in February 2019.

But in evidence to the Ofcom review, regional publishers including Newsquest voiced fears that the plans might cause staff retention issues and called for limits on the extent to which the channel might be allowed to expand in future. 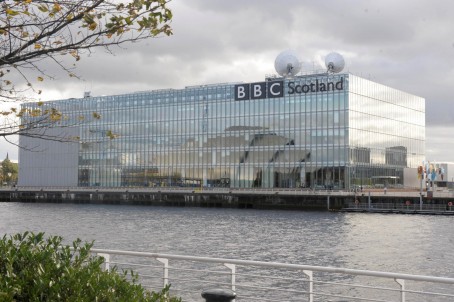 In a report published today setting out its decision, Ofcom states:  “Stakeholders involved in Scottish print journalism including the Scottish Newspaper Society, the Scottish Daily Mail, Newsquest Media Group, and the News Media Association expressed concerns about the ability of newspapers to attract and retain staff in light of the BBC’s proposal.

“The SNS noted that one publisher has already reported a job offer being rejected on the basis of a better offer coming in from the BBC to join the new channel’s news team.

“Stakeholders also noted the risk that the channel or the BBC’s associated online output might change substantially after launch.

“To prevent this, some stakeholders (including the NMA and Newsquest Media) suggested Ofcom impose certain conditions (such as limits on scheduling and progra mme expenditure) on the BBC to prevent the channel and its associated online content expanding beyond the bounds of what was approved by Ofcom.”

However Ofcom went on: “We do not consider that the BBC’s proposal to create 80 additional journalism posts to support its news coverage on the new BBC Scotland channel, of which around half are focused on news-gathering,  poses a significant threat to the ability of Scottish newspapers to attract or retainjournalists.

On the issue of future expansion, Ofcom said that while it did not feel it necessary to attach specific limits to the plan, the BBC board would need to consider the wider effects of any further expansion.

He told HTFP: “Frustrating that the great traction we have now achieved through the likes of HeraldScotland.com, which has a successful pay wall and has built a huge engaged audience around quality Scottish news content, could be undermined by this BBC expansion.”

The BBCs Scotland director Donalda MacKinnon said she was “delighted” with the news.

In an email to staff she wrote: “This is excellent news and provides us with the springboard to continue planning, with confidence, for launch which is scheduled for February 2019.”