Four out of five ‘satisfied’ with quality of regional press news, study finds

Almost four out of five people are “satisfied” the quality of local news in regional newspapers, new research has found.

Ofcom’s annual study of news consumption in the UK has revealed a net satisfaction rate of 79pc when it comes to how readers perceive local and regional printed newspapers.

However, respondents to a survey conducted by the communications regulator gave higher satisfaction ratings to both ITV and BBC regional TV news bulletins, as well as BBC and commercial radio bulletins. 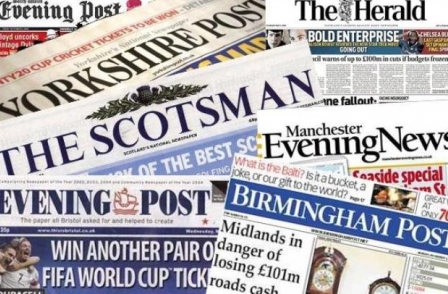 BBC local news broadcasts were found to be the “most used” sources of news, with 48pc saying they watched them.

A total of 23pc said they used local newspapers, and 9pc used their websites or apps.