A regional journalist turned stand-up comedian has been crowned the winner of this year’s Britain’s Got Talent contest.

Lee has cerebral palsy, and is unable to speak as a result of complications from the condition in early life, meaning he communicates through a voice synthesiser.

The 37-year-old studied journalism at the University of Central Lancashire, in Preston, between 1999 and 2002. 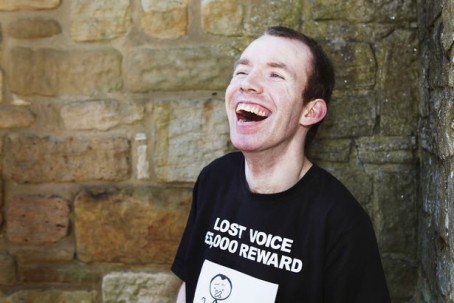 He later worked on the sports desk of the Newcastle-based Sunday Sun, before becoming an online content manager for Sunderland City Council.

As a result of his victory, Lee is now due to perform before the Queen at this year’s Royal Variety Performance.

Lee, who became a full-time stand-up in 2015, said: “I have been blown away by the support of the judges and general public. I’ve had so much love for everyone and I’m grateful for it all.

“I am very excited to perform in front of the Queen. I have loved her since she performed Bohemian Rhapsody.”

Andy Sykes, deputy editor of Blackpool daily The Gazette, was a classmate of Lee’s in Preston.

Praising Lee’s victory, Andy posted on Twitter: “I did journalism with Lost Voice Guy between 99-02 at [UCLan]. Lazy sod joked he had an advantage over rest of us because he didn’t have to do shorthand.

“If he doesn’t do a gag about both him and the Queen being on benefits I’ll be stunned.”