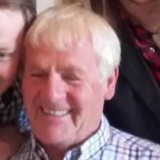 A former regional daily cartoonist and art studio manager for whom drawing was “a way of life” has died aged 81.

Tributes have been paid to Ken Wignall, left, who worked for the Lancashire Evening Post, based in Preston.

According to an obituary in the Post, Ken’s cartoons, including a regular football strip, had “delighted readers for decades”.

He also worked for Preston-based specialist publication Farmers Guardian, and submitted his last cartoon just days before he died.

Post editor Gillian Parkinson said: “Ken was an incredibly talented artist, but he was also a wonderfully engaging man, who brought humour to the office.”

In his role as studio manager, Ken was in charge of teams at Preston and other Lancashire studios in the same newspaper group.

His widow Phyll told the Post: “He was a great recorder, an observer of people. He would see things that other people wouldn’t see.

“He would even observe people when we were out and he would draw them. He was drawing all the time. It wasn’t a job, it was more a way of life.”

Former Farmers Guardian editor Michael Finch added: “Ken was a joy to work with. He had his own distinctive take on all things farming.

“His drawing style was instantly recognisable and his cartoons much enjoyed by readers of FG. He will be greatly missed.”

Ken, a father of two and grandfather of four who lived in Bamber Bridge, died last month after a short illness.