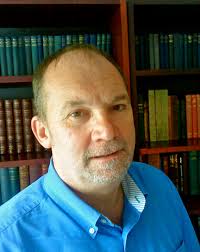 A former regional daily editor has strongly criticised an MP from his former patch after she resigned from a junior government role over Brexit.

Anne-Marie Trevelyan, Conservative MP for the North-East seat of Berwick, resigned as a parliamentary private secretary at the department of education last week in protest at Prime Minister Theresa May’s EU withdrawal agreement.

But her decision has angered Neil Fowler, who edited North-East daily The Journal from 1991 to 1994 and now lives in Ms Trevelyan’s constituency.

Now Neil, pictured, has penned an open letter to Ms Trevelyan accusing her of letting down the region by potentially helping to pave the way for a no-deal Brexit or other damaging outcomes.

The letter was carried on the Voice of the North, a website run by former Daily Mirror editor David Banks whose contributors include a number of former Journal writers.

Neil argued that the MP’s resignation would lead only to either a chaotic no-deal Brexit, a divisive second referendum, the break-up of the UK or a Jeremy Corbyn government.

Wrote Neil: “I’ve just read of your resignation. It adds to my profound disillusion with the political class in general and all MPs in particular, both Remainers and Leavers. You are all as bad as one other.

“It appears that there is no majority in the Commons currently for anything regarding Brexit; all we get are both Remainers and Leavers sticking to their own specific positions, unwilling to move for the good of the country while the overwhelming majority of the nation just wants to get on with Brexit and move on.

“As things stand, your resignation will be largely ignored and viewed as a rather disloyal and ineffectual gesture; again, an unedifying legacy and not one in which to take much pride. How much better your legacy could have been had you chosen to stay and help Theresa May and the country through this time?

Ms Trevelyan has so far not responded to Neil’s open letter.

In he resignation letter to Mrs May, she Mrs Trevelyan said the deal was evidence of an attempt to “appease the EU”.