Since the start of the year, more than 90 reporters have been taken on in regional newsrooms across the UK to provide coverage of councils and other bodies under the BBC-funded Local Democracy Reporter scheme.

Yesterday BBC’s head of local news partnerships Matthew Barraclough wrote that while the project may not slow the rate of regional press job losses, it will guarantee coverage of major local councils for the next decade.

Today we hear from three of the journalists who have taken up LDR roles in recent roles, representing a cross-section of the local press industry. 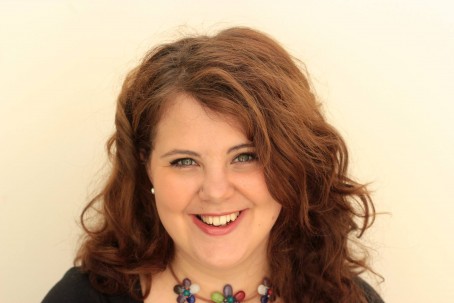 For almost five months, I have become a constant at County Hall – the home of Kent County Council.

The receptionists no longer ask me if I know where I’m going. I have a password to the WiFi and councillors recognise my phone number.

Yet when I venture into one of Kent’s 12 district and borough chambers I am often greeted with surprise as the back seats are constantly empty.

Keeping these seats vacant has left a gap in our knowledge of local democracy.

Decisions have been made without scrutiny and in a time when local authorities are often being forced to make desperate choices to keep afloat, this has never been more crucial.

I’ve uncovered a range of stories by attending these meetings.

I wrote about head teachers admitting they use funds for disadvantaged children to balance school budgets.

I revealed the leader of the council claiming the glass ceiling “does not exist” while his top team remain all male.

After months of campaigning, a councillor’s plea to stop lorry drivers parking on country lanes made it on the local radio, TV and newspapers.

During my brief time in the job, I’ve written splashes and my articles have featured in the KM Media Group’s 11 newspapers, kmfm and KMTV.

Newsquest’s News Shopper and Trinity Mirror’s Kent Live have used my copy and my by-line features on the BBC News website.

The Local Democracy Reporter Scheme has done wonders for shining a light on stories that would ordinarily go unnoticed.

It has also provided me with a lot of innovative skills and contacts, even with a politics degree and NCTJ qualification under my belt.

Given how vital it has proved to be in its short life so far, I hope this invaluable project carries on for a long time. 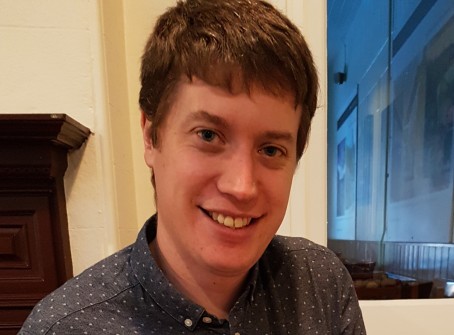 When I first heard about the Local Democracy Reporter scheme, it was something that was immediately attractive to me.

I have always enjoyed covering council stories and already had a decent working knowledge of my council, but I also believe that the reporting of local government is one of the key roles of the local media.

What had become frustrating to me was an emphasis on what would get a lot of clicks online and be shareable on social media at the expense of what was actually newsworthy or even local. Obviously, readers will determine what they want to read, but in my view some things should be covered regardless as they are a core responsibility – how taxpayers’ cash is spent being one of them.

Like anything new, it’s clearly not going to be perfect straight away in all cases, but my experience so far has been good and I am enjoying the independence that comes with the role.

My first week saw one of my stories appear on the front pages of two local papers and one regional title, with a follow-up appearing in a fourth local paper the following week.

The Northumberland Gazette, the Johnston Press-owned weekly paper where I am based and where I worked before getting this new role, has used my stories as the front-page lead twice in the four weeks I have been filing copy as a Local Democracy Reporter.

Regional Trinity Mirror daily The Journal has used three of my stories as its splash, so there is clearly an appetite for this type of reporting. All of these stories came from attending council meetings.

So far I have also been to meetings of the county’s fisheries authority and the NHS trust running hospitals, both things we have never covered in my almost eight years here, during which the pressures of job losses and cutbacks in the industry have led to us doing less and less, not more. 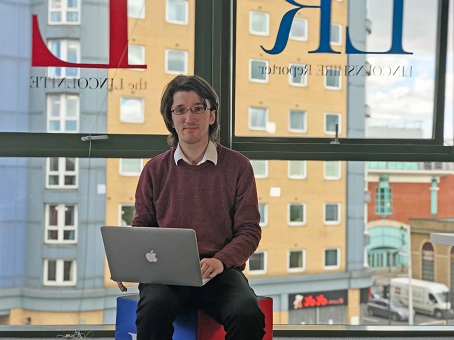 It’s almost three months now since I started in the Local Democracy Reporter role at Stonebow Media for The Lincolnite and Lincolnshire Reporter.

From the start, we had a short amount of time to introduce ourselves and the type of work we want to do, as the councils were already in full flow preparing their budgets after another tough round of central government grant cuts.

We covered 10 councils in our patch in their budget setting exercise – seven district councils, one county council and two unitary authorities. That’s a really large area to cover, with more than one million people spread across the Greater Lincolnshire region.

Besides going through all the council papers, we attended every executive/cabinet meeting as well as the full councils in order to grasp how far councils had to stretch taxpayers’ money.

Overall, across Greater Lincolnshire taxpayers had to pay more to get less for their money. That includes scaled down services, street lights being switched off after midnight, and residents paying extra for garden waste collections.

But, increased council tax was not enough for the already stretched budgets. Councils are now involved in various business initiatives to raise more money, just to maintain a similar level of service. This has seen them buy commercial land, car parks, hotel buildings and even empty shops in business ventures designed to help them balance their books.

The Local Democracy Reporting remit also includes the local NHS bodies, which have had a very tough time in recent years. Locally they have not met any of their waiting time targets for many months, and digging through the financial reports we have found they have a combined deficit of more than £150 million. Whether that’s an overspend or underfunding, local politicians have yet to agree.

Despite attending board meetings and scrutiny panels, health bosses have been coy about tackling the issues facing them. No matter how probing the questions, rehearsed answers fail to give much clarity to people being deprived of the health services they expect.

The last few weeks have been all about the local elections on May 3 for the city council and one of the unitary authorities in our region. We have interviewed leaders and representatives from each of the main parties about the burning issues facing our region and how they plan to tackle them – which we compiled in almost half an hour of video content designed to better inform local voters.

Including other day to day reporting such as planning, we have produced more than 240 original local democracy stories in under three months, with not a single press release rewritten. Of these, more than a third were used or followed up by the other local outlets in the Local News Partnership project.

It is always a proud moment to see that your work has had an impact.