An exhibition has been opened celebrating the life and work of a former regional daily photographer.

Mike Foster, who was deputy chief photographer at Blackpool daily The Gazette before retiring in 2012, died last year aged 68.

Following his death, Mike’s partner Elizabeth Gomm, herself a former Gazette women’s editor, decided to dedicate a bench in his memory in Blackpool’s Stanley Park – posting a sign on the seat to invite people to send her photographs of them sitting on it.

After 12 months, Elizabeth has received more than 300 photographs which will now feature in a special exhibition at the park’s visitor centre called ‘A Year in the Life of Mike’s Bench’. 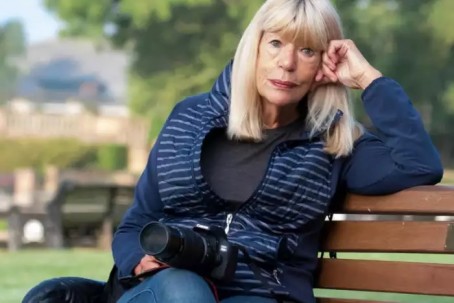 Elizabeth, 69, told The Gazette: “This started out as a simple memorial for Mike but has turned into so much more. I gave the bench its own email address and asked people to send in their pictures.

“I thought I’d be lucky to get a handful, but I’ve had more than 300. That’s without any social media or publicity, just from people caring enough to engage with my little sign.”

Elizabeth, who worked at The Gazette for 26 years, said the pictures include people of all ages from a baby on her first trip to the park to a lady of 100, as well as “dogs of all kinds”, teddy bears, a fluffy seal and a runner in a Santa suit.

The pair lived together for 25 years before Mike died of cancer last May.

Elizabeth added: “When he died, my daily walks in the park, photographing the wildlife, became my solace. It was then I decided to buy a bench. I thought it would be good to have a place me and my family could enjoy, but also something that others could enjoy too.

“As I always read memorial plaques on benches, I knew other people would too, so I was curious to find a way of knowing who would use Mike’s bench. As far as I can find out there’s never been an exhibition like this charting a year in the life of a park bench, with contributed photographs.

“What makes A Year in the Life of Mike’s Bench Exhibition special is that every picture is from a different person and a different perspective across the seasons. It’s unique and wonderful.”