A former weekly newspaper journalist claims he has unveiled the true identity of Jack the Ripper after unearthing new evidence about the case.

Paul Christian, left, has named artist Walter Sickert as the notorious Victorian serial killer after five years of research which began while he was working on the Welwyn Hatfield Times.

Paul, 36, has identified Sickert as ‘Jack’ in a new book, ‘The Inevitable Jack the Ripper’, which links the 1888 murders of London prostitutes to a Victorian art world conspiracy.

Key to Paul’s theory is a painting signed ‘Sickert’ which “shows a number of important clues” about the case.  A number of other authors who have investigated the killings have also named Sickert as the murderer. 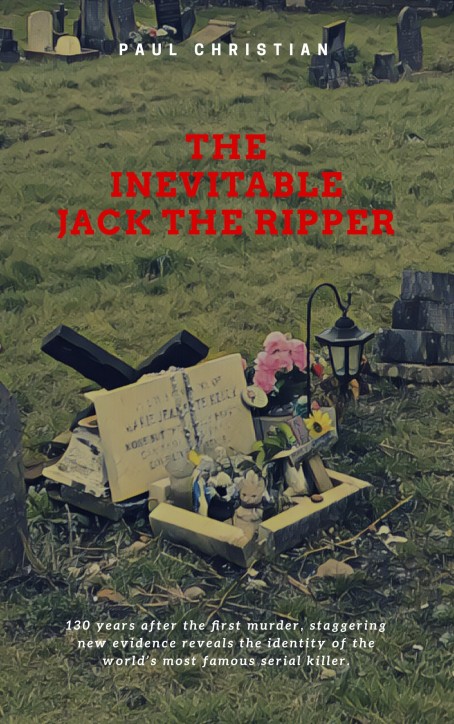 Paul, who left the Times in 2015, said: “The evidence I have unearthed can allow us to now confidently point the finger at Walter Sickert and a conspiracy of arty types behind the Jack the Ripper case.

“The painting I have written about in this book, which is signed ‘Sickert’, shows a number of important clues, including the metal fence which spells out the year ‘1888’, a woman with a bloodied shawl visible from a balcony, an ethereal redhead matching descriptions of Jack the Ripper victim Mary Kelly and a mysterious dark figure descending into the depths.

“The reverse of the picture includes an intriguing and eerie doodle, which appears to show some kind of inquisition. My research and the sources I have spoken to have also allowed me to crystallise the position that Jack the Ripper was inevitable and his crimes – and the reaction to them – shaped the modern world.

“This book represents the culmination of a journey that officially began five years ago, but in actual fact my relationship with this terrible case goes back much further and has fascinated me since I first read about it.”

The book is available on paperback here.