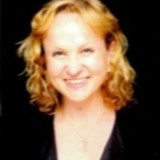 A former regional journalist who went to become women’s editor of The Guardian has been appointed to run a university’s financial journalism course.

Jane Martinson, who was also head of media at the national newspaper, has joined the department of journalism at City, University of London.

A City graduate herself, Jane began her career at the South Wales Echo and went on to work at the Financial Times in a variety of roles, including companies and markets reporter and investment correspondent, before moving to The Guardian in 1999.

She was head of media at the paper between 2014 and 2017 and continues to write about the media industry as a columnist.

Jane, pictured, will lead the MA financial journalism programme from the end of April 2018.

She said: “I am delighted to be joining City, one of the world’s most prestigious journalism schools, at such an important time and alongside so many distinguished colleagues.

“The world needs dedicated, diverse journalists more than ever in an industry under attack from fake news and more.

“City was an important training ground at the start of my career and I am excited to have this chance to play my part in supporting the next generation while continuing to practise.”

Jane replaces Professor Steve Schifferes, who led the financial journalism programme between 2009 and 2017.