HTFP reported in November 2014 how John Dilley, who used to edit the Harborough Mail, and David Penman, formerly of the Northamptonshire Evening Telegraph, Scarborough News and Rugby Advertiser, had embarked upon the project and were providing weekly blogs on what was being covered by two East Midlands papers in the corresponding week 100 years ago.

John focused his research on the Market Harborough Advertiser, the forerunner to the title he used to edit, while David examined the Ashbourne Telegraph, which is now the Ashbourne News Telegraph.

John, pictured, told HTFP the project had thrown up some “surprising discoveries” along the way, with local papers proving adept at “sneaking round the government’s draconian suppression laws.” 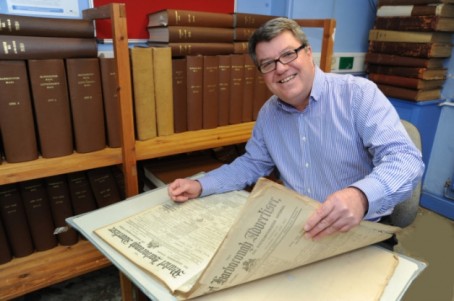 He said: “Local newspapers during the Great War were the glue that helped keep their communities together. Not only did they provide ‘the first draft of history’, they were also the first place their readers would go to when they wanted to find out what was really happening in the world, rather than the heavily censored national press.”

John added: “The national newspapers wrote about the big picture, about the manoeuvres, the strategies and the politics. But they weren’t trusted because they didn’t really report on how terrible it really was.

“Some of the bad news was revealed by the Fleet Street reporters but they were embedded with the Army and all of their reports had to meet the government restrictions so there was a lot of scepticism about the positive slant of their articles.”

The research revealed that due to censors being unable to check the thousands of local papers being published, the editors, “while patriotic”, could write what they wanted.

John said: “They wrote about the town’s own boys, about how they lived and how they died – and they didn’t pull any punches. And everyone knew the stories were true because they came from people they had worked with, socialised with or gone to school with.”

The pair have written about their research in an academic book called World War I – Media, Entertainments & Popular Culture, available here, which has been published to coincide with the Armistice centenary.

John added it had been a “privilege” conducting the project.

He said: “Not only has it been significant to commemorate the men, women and children who lived through this turbulent period in history, it has been important to recognise the role of the local paper and the part in plays in the community.

“The local paper really was the glue that kept the community together.” 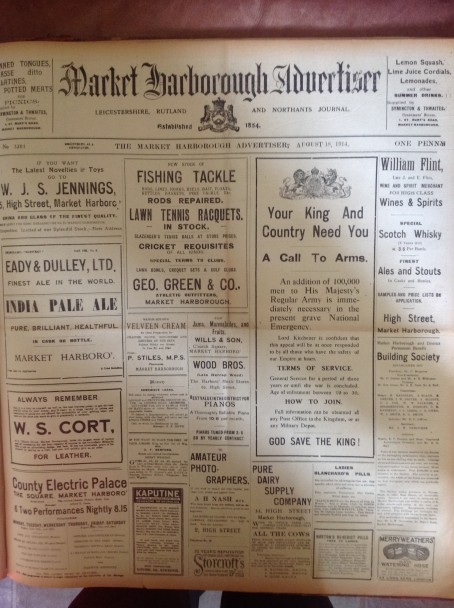