A former deputy editor married his partner of 28 years in hospital days before his death aged 72.

Tributes have been paid to Keith Gale, who had two spells as second in command at the Wiltshire Times.

Keith had been due to marry his partner Pauline Bucknall, herself a former Times advertising manager, but he was admitted to the Royal United Hospital, in Bath, after being taken ill.

However, staff at the hospital were able to arrange for the ceremony to be held there instead and the couple were able to exchange vows in front of Keith’s children Richard and Deborah, as well as his brother Roger, on 30 October. 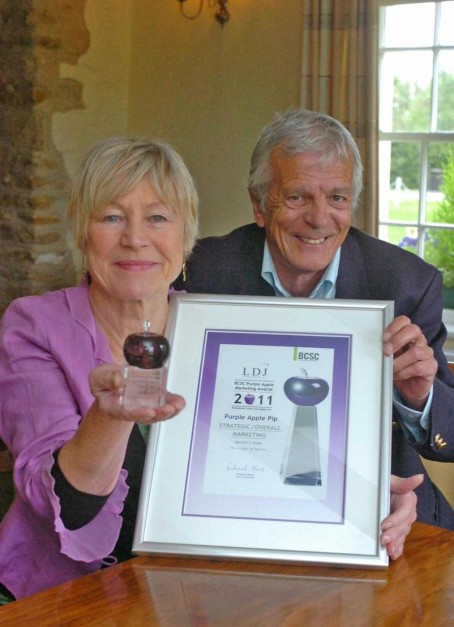 Keith Gale with his wife Pauline

Keith passed away on Sunday with his new wife and children by his side at Frome Community Hospital.

Of her wedding, Pauline said: “The staff were wonderful and pulled out all the stops for us. It was lovely.”

Keith was born in St Neots, Cambridgeshire, and started his first job in journalism as a trainee reporter on the St Neots Advertiser.

He later worked in Biggleswade, Wembley and Bedford before taking a role as a journalism lecturer at the Westminster Press training centre in Hastings, Sussex.

He first moved to the Times, which is based in Trowbridge, as deputy to editor Jack Brennan in 1990 before moving to the Bath Chronicle and then the Wiltshire Star.

He came back to Trowbridge in 1996 as deputy editor and was “instrumental” in the Times winning weekly paper of the year at the South West Media Awards a year later.

Keith retired in 2008 but continued to work with Pauline for their PR firm, PR Plus Media, until his death.

Former Swindon Advertiser and Oxford Mail editor Gary Lawrence, who worked with him, said: “Keith was one of the good guys of the newspaper world. He was a ferociously hard worker, kind, loyal and very, very funny.

“I never met anyone who didn’t speak of him warmly and my career was richer for having spent a precious few years with him.”

Among the dozens of tributes paid to him on Facebook, former Times reporter Lucy Bailey wrote: “He was a kind, generous and witty man and, of course, a fabulous journalist. What Keith didn’t know about the newsroom wasn’t worth knowing. Always a tale to tell and a twinkle in his eye.”

Another ex-Times reporter, Charley Sheffield, added: “So funny, so down to earth and irreverent. A proper old fashioned newspaper hack.”

A funeral service for Keith, who had four grandchildren, will be at West Wilts Crematorium, in Semington, at 3.15pm on Monday 19 November.

Flowers are for family only but donations for the Friends of Frome Community Hospital and Dorothy House Hospice can be made via William Adlam Funeral Director, in Frome.