An editor has vowed to continue his fight for justice over a six-year-old boy’s death after detectives revealed no charges would be brought against a man suspected of the child’s murder.

John Elworthy, who edits the Cambs Times, has campaigned for the past four years on the case of Rikki Neave, who was found dead in a ditch near his Peterborough home in 1994.

John became involved in the case in 2014 after he was contacted Mrs Neave’s husband Gary, and successfully lobbied for the investigation to be reopened the following year.

But assistant chief constable Paul Fullwood, of the Bedfordshire, Cambridgeshire and Hertfordshire Major Crime Unit, told John and Mrs Neave in a private meeting yesterday at Cambridgeshire Constabulary’s headquarters that no charges are to be brought against a man, arrested in 2016 and later released, over Rikki’s death. 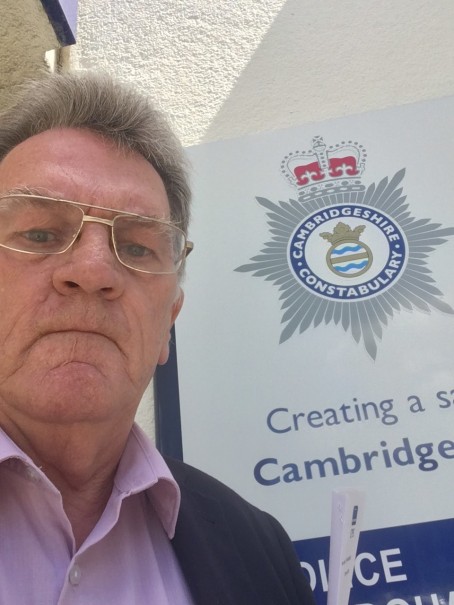 After the meeting, John told HTFP: “The usual platitudes of keeping the files open was offered but basically the lack of substantive DNA meant the CPS refused consent for a prosecution. Our work that contributed to the case being re-opened will always remain a highlight of my journalistic career but it came at a cost.

“I was vilified numerous times on social media and at times personally for my involvement in the case. There was one moment from three years ago when I recall a small protest gathered outside the hotel where we had staged one of several press conferences over the years to allow Mrs Neave the opportunity to plea for fresh witnesses to come forward.

“I was not allowed either to forget the fact that Mrs Neave had served a prison sentence for child neglect that led to her other children being taken from her and placed in care.

“However once having been made aware of the case, once having read up on it, once having begun obtaining and then trawling through documents from the trial, it was clear even to a layman mistakes had been made, evidence neglected, and that Cambridgeshire Police at the time were pre-determined at an early stage of Mrs Neave being the murderer rather than a victim.”

John added assistant chief constable Fullwood had “rectified many of the perceptions surrounding Mrs Neave whilst at the same time though remaining neutral about the original investigation”.

He said: “Mrs Neave told me today it was the end of a chapter and not the end of the story and she’s probably right.

“The hunt for the identity and the conviction of the killer of Rikki Neave remains something I don’t think or actually would want to walk away from.”