A new editor has been named for England’s top selling regional daily after the announcement of his predecessor’s departure last week.

Shropshire Star editor Martin Wright, pictured, has been appointed to the role of editor of the Express & Star and Midland News Association editor-in-chief after the company announced on Friday that Keith Harrison is set to leave the company.

In his new post, Martin will take overall responsibility for the MNA’s daily newspapers Express & Star and Shropshire Star, as well as its weekly portfolio and the monthly magazines.

He will also lead on digital editorial content moving forward. 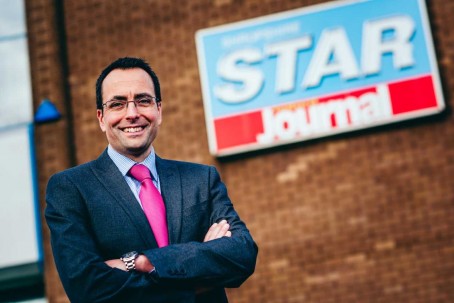 MNA Print managing director Graeme Clifford said: “His new role will see him lead a refocused editorial department to ensure greater collaboration takes place while our journalists continue to deliver the high standard of news coverage which readers expect from our titles.

“On behalf of the MNA, we wish Martin every success in his new role.”

Brought up in Oswestry, Martin worked for the Shropshire Star as a reporter before moving to be deputy editor at the County Times in Mid Wales.

He edited the Oswestry and Border Counties Advertizer and the County Times before becoming deputy editor for NWN’s Leader and Cheshire Publications.

Martin took up his current role in 2013, where he took over from Keith after his move to Wolverhampton.

Keith is standing down after five years in charge of the E&S and 25 years with the MNA.