A regional daily editor spent a night in a football ground to raise money for charity.

Money raised from the event being split between the Society of St James, Pompey in the Community and national charity CEO Sleepout.

Mark described the event as “fantastic”, but “a bit cold”. 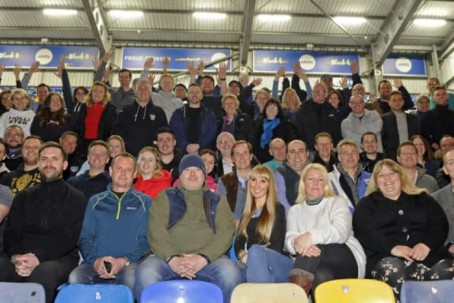 He told The News: “The thing that has given me the most warmth is how many people signed up.

“The people of Portsmouth have got behind us and so many people have raised not only a huge amount of money, but a lot of awareness too.

“Just by giving up a few hours of our own time, we have been able to get people thinking and talking about a huge issue.

“The turnout for this has been incredible, and I would like to thank everyone who has supported this amazing cause.”