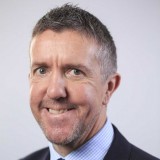 A regional daily editor is set to step down after six years in charge at the paper and 14 in senior editorial roles at publisher Trinity Mirror.

Teesside Gazette editor Chris Styles, pictured, is leaving the Middlesbrough-based title which he has run since 2012, having spent the previous eight years as deputy editor at Newcastle sister daily the Chronicle.

Last month TM announced a restructure which will see Hull Daily Mail editor Neil Hodgkinson widen his brief as Lincolnshire and Humber editor-in-chief to include the group’s North East titles, including both the Gazette and the Chronicle.

The current Chronicle editor and North East editor-in-chief Darren Thwaites is shortly due to take over the editor’s chair at the Manchester Evening News following Rob Irvine’s decision to step down.

However TM has denied that Chris’s departure is linked to the restructure, which will take effect when Rob leaves the MEN at the end of this month.

A company spokesman said a further announcment on Chris’s replacement would be made in due course.

During Chris’s tenure, the Gazette covered the historic closure of the Redcar steel plant and launched the Invest in Teesside campaign to support the region’s economic fightback and devolution ambitions.

Last year, the newspaper moved to modern offices in Middlesbrough after leaving their previous home of almost 80 years.

Said Chris: “It has been a privilege to serve as Editor of the Gazette and I am immensely proud of what the team has achieved.

“During the past six years, I have worked alongside supremely talented and committed colleagues who care passionately about the Gazette and Teesside.

“It is thanks to them that an increasing number of people read the Gazette’s trusted content every day. I will always be grateful for their efforts in ensuring the Gazette’s content really matters to our readers.”

Darren added: “Chris has steered the Gazette through a period of transformational change in recent years, helping the team to reach new audiences and develop new skills.

“As editor, he always fought Teesside’s corner and championed its many successes. He leaves with our very best wishes for the future.”