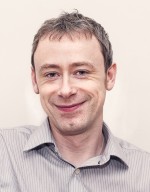 The editor of seven weekly newspapers is among the 41 journalists whose jobs are under threat in a regional publisher’s nationwide restructure, it has emerged.

HTFP understands Tim Lethaby, who edits Reach plc titles in Somerset, has had his position placed at risk of redundancy after the company announced an overhaul of its print production operation last week.

He was previously chief sub-editor at the Somerset titles before moving to edit Blackmore Vale Magazine in 2014.

HTFP revealed last week that up to six roles are set to be lost at Reach’s seven Midlands dailies – the Birmingham Mail, Burton Mail, Coventry Telegraph, Derby Telegraph, Leicester Mercury, Nottingham Post and Stoke-on-Trent daily The Sentinel – amid plans to merge print production across the region into a single operation.

The company has since confirmed the same model is set to be introduced across the country – with potentially 41 jobs being put at risk as a result.

Reach has declined to give further details, but it is understood eight roles at risk are based in the North-West of England, and a further eight in the South-East.

The remaining 19 roles are likely to be split across Reach’s other operating regions, namely Wales, the South-West and the North-East. It is not known whether any other editor roles are at risk of redundancy.

Reach declined to comment on Tim’s situation specifically, but a company spokesman previously said: “Our investment in rolling out a common system allows us to introduce a common production model across Regionals editorial.

“This means regional teams will now work more closely together than ever before, which enables us to refine our workflows.

“Our priority is to focus on our long-term success and we believe this will strengthen our ability to deliver first class content to our print and digital audiences.

“These proposals mean a potential reduction of up to 41 roles across Reach Regionals and we have begun consultation with all colleagues affected.”