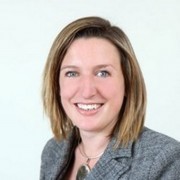 A senior regional editor has hit out at the BBC journalism drama ‘Press’ claiming the series presents an outdated portrait of the industry as well as “making journalists out to be arseholes.”

The six-part series, which is due to conclude next week, focuses on the two fictional newspapers, the broadsheet Herald and the tabloid Post, thought to be thinly-diguised versions of The Guardian and The Sun.

But Jacqui Merrington, left, regional digital editor for Reach plc and editor of Cornwall Live, Devon Live and Plymouth Live, has criticised it for presenting a “tired” and “cliched” view of newsrooms, with barely a mention of websites.

Writing in Cornwall Live, Jacqui admits that while some aspects of the series are an accurate reflection of modern journalism, others are “spectacularly off key.”

Said Jacqui: “The programme engages with some big themes that ring true across many newsrooms. The tensions between the advertising department and editorial around placing a commercial wrap around the newspaper was almost spot on – barring the young commercial chap telling the editor she had no say in it anyway.

“Attempts to turn around sales, journalistic integrity and press regulation all feature strongly and deliver some home truths. But in other areas, it’s spectacularly off-key.

“There’s barely a mention of the websites, which in reality are now the beating heart of most newsrooms, with real-time audience data setting the news agenda, rather than the gut instincts of a Machiavellian editor like Duncan Allen.”

“It feels like creator Mike Bartlett, the dramatist behind Doctor Foster, has done his research – but probably by speaking to an assembly of embittered retired hacks, which means that although the drama is set in 2018, it actually feels like the Fleet Street of 20 years ago.” 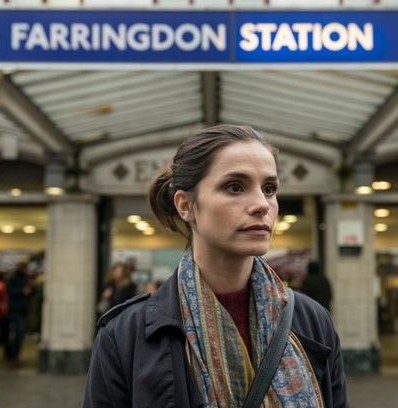 Jacqui also argued that the series risked exacerbating the “trust” problem faced by the media.

“The media already has a trust problem. In a febrile atmosphere permeated by cries of ‘fake news’ and in the aftermath of the successes of Donald Trump, Brexit and Jeremy Corbyn, journalism has taken a battering,” she wrote.

“In a poll released by Ipsos Mori late last year, just 27 per cent of Britons surveyed trust journalists to tell them the truth. Only politicians ranked lower in the survey of 998 adults quizzed.

“That’s not the same for the regional media, which on the whole has a far greater level of trust and confidence from the public. But we’re all tarred with the same brush. And Press has now really stuck the boot in.”

“As a journalist, it’s impossible not to get a bit defensive about a programme painting a dark picture of an industry I know so well. And I’m not alone in feeling a bit hacked off by it.

“I’m sure medical professionals feel the same way when Holby City or Casualty are on and I’ve no doubt police officers are throwing things at the TV during Line Of Duty.

“But journalism has changed beyond recognition. And this programme fails to appreciate that, dragging up some of the worst elements of journalism in the 1980s and setting them in the here and now.

“It’s made journalists out to be arseholes, doing nothing to help restore the battered reputation of an industry I know and love. And for that, I hate it.”