An editor who has started hosting her own weekly radio show says the experience is “like being a trainee reporter again”.

Nicola Adam, who is group editor of a number of Johnston Press weeklies in Lancashire, has been given her own programme on radio station Chorley FM.

The show, broadcast between 3pm and 5pm on Sundays, features a mixture of music and talk including topical live guests and discussion.

The Chorley and Leyland Guardian is one of Nicola’s titles, and she also serves as deputy editor of Preston-based daily the Lancashire Post. 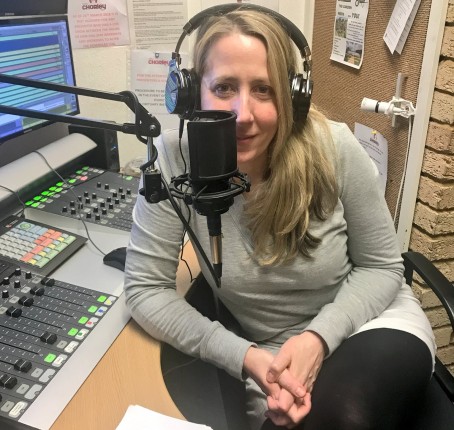 Nicola, pictured, told HTFP the show came about after a chance meeting with Barbara Lowe, one of the station’s directors, at a community event.

Barbara is now training her up to run the radio desk by herself.

Said Nicola: “I’ve talked a lot on radio – as editors tend to – mainly reviewing newspapers and commenting on big stories but this is completely different.

“It’s basically like being a trainee reporter again as I’m currently entirely reliant on Barbara to tell me which buttons to press – though I will eventually have to fly solo. I now have every respect for our broadcast colleagues out there.

“I’m very new and have a lot to learn but I’ve already had my first live guest to interview, which went really well. For me, that’s the easy bit – and no shorthand required.

“As a local editor, it is very useful for me to get out in to the community and meet lots of people, and this is a great way to do that, promote our newspapers, and gain a few new skills in the process.”

Chorley FM was made infamous by comedian Peter Kay after his fictional slogan for the station ‘Chorley FM – Coming in your ears’ appeared in television programmes including That Peter Kay Thing, Phoenix Nights and Max and Paddy’s Road to Nowhere.

The real Chorley FM is one of the longest running community radio stations in the country – but didn’t actually have anything to do with the comedy shows.