I hate to be a party pooper, but this new Cairncross Review into the future of the UK press has got a worrying ‘lack of local depth’ smell about it.

Let’s take Dame Frances Cairncross herself: her experience as a senior editor at The Economist and an economic columnist for The Guardian gives her plenty of insight into national business journals and broadsheets.

But how aware is she of the paucity of the regional press, its lack of resources to staff local news properly, and its rapidly dwindling stature in the minds of most readers?

Sure, that’s what her advisory panel’s supposed to be for, but it only takes a swift glance to work out that the regional press is heavily underrepresented. 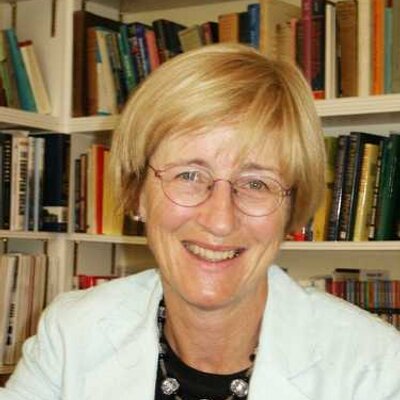 In summary (you can review the entire panel here) it’s made up of too many people with backgrounds that include the likes of The Economist or The Guardian or The Conversation.

There’s nothing wrong with any of those three brands, but they’re hardly reflective of what’s going on at the Oxdown Gazette, are they?

And too many of the panel seem to have experience that largely overlaps the Dame’s, which does little to inspire confidence that challenges facing the local press will be understood.

There’s a token ex-national tabloid editor on the panel, which is good for that sector, and the input from advertising, ‘tech and publishing’ and ‘brand strategy’ experts could be argued as being important for all media.

But the local and regional press has only two ‘pure’ spaces on a 12-strong commission – Ashley Highfield, chief executive of Johnston Press, and Geraldine Allinson, chair of KM Group.

Both are crucial: Ashley represents the hard-nosed publishers who are public limited companies, legally bound to please shareholders’ interests above the needs of readers and local towns.

That’s not meant to sound too critical. Whether you like them or not, Johnston Press, Newsquest and Trinity Mirror need to reach out for monetary answers to their declining revenues (sorry for the ‘reach’ pun there – groans accepted).

That leaves the sole figure of Geraldine speaking up for independently owned local media – those who are probably closer to extinction than any other sector.

Geraldine will, I’m sure, do a fine job of describing what’s happening to the mid-sized independents, but is her lone voice enough?

And is she too senior to ensure that the review has the widest possible and most practical picture of how tough it is out there for local and regional news gatherers?

However worthy all panel members are, this review is seriously lacking in local depth, with no representation of the following:

But most of all, I fear there’s no independent, objective scrutineer representing the local and regional press on the review’s panel.

At this point, I should make what now feels like a daft disclosure: on 7 February I wrote to culture secretary Matt Hancock – both directly and via his civil servants – offering my services to the panel to make sure it wasn’t too top-heavy with bosses.

The only reply I received was a polite, templated two paragraphs from his ‘ministerial support team’, saying that “panel members will be finalised in due course” and that they were “sorry not to be able to provide further information”.

Am I bothered that my offer wasn’t considered, and that I wasn’t even asked for more detail on what I could have provided? Not really – after all, it’s nearly nine years since I worked full-time in the local media.

But I am bothered that no-one of a similar ilk is on the panel, such as a more recently departed local editor from out in the sticks, with rare knowledge on the latest operational structures.

Or perhaps an ex-local editor who has since joined a university and could be relied on to turn a more structured, educated eye on the sector.

Without such local independent knowledge, who’s going to ensure there are enough stirs, challenges and reminders of the reality on the ground?

Who will provide what Matt Hancock has claimed will be a “clear-eyed view of how the press is faring in this new world”?

And who will insist that the local media’s foot-soldier needs are included in “exploring what intervention might be required to safeguard the future of our free and independent press”.

The review will, of course, ask questions of a wide range of people, and it must be hoped that all the above ‘missing’ factors are at least included in what should be an exhaustive (and exhausting) evidence-gathering process.

But I still fear that without the right people on the panel asking the most pertinent questions from grassroots standpoints, there won’t be much in the Cairncross Review for the local press.