Trinity Mirror’s plans to shed 49 jobs as it rebrands its regional websites has already provoked confusion, disbelief, sadness and anger from those who care about the titles involved.

But rather than simply joining in the castigation of these changes, today’s blog will ask five reasonable questions that it challenges the publishing giant to answer.

1/ Why is the word ‘Live’ placed after a geography better than an established title?

Yes, we all know that traditional titles, such as the Leicester Mercury, have declining print sales, and if that’s all that was at stake it would perhaps be understandable to start again with Leicestershire Live – and so on for all the other titles involved.

But hold on a minute, Trinity Mirror… websites that you proudly admit are “reaching more local people per day than at any time since the 1970s” have surely been built on the brand of www.leicestermercury.co.uk et al. 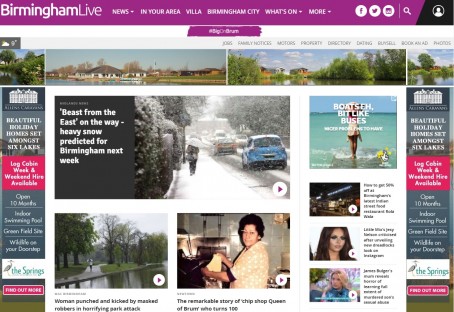 Why, then, do you think you need to change those brands again? (The word ‘again’ because it’s not the first time in the last ten years that these titles have had their websites changed, is it?)

This is an even bigger challenge when there are so many inconsistencies in this rebranding – such as the much-quoted misnomer of making the Burton Mail’s offering sit under Derbyshire Live, when Burton is actually based in Staffordshire. What’s the thinking here?

2/ Why does this rebrand mean that 49 jobs are to be lost?

You need to be honest with yourselves here, Trinity Mirror, simply telling things as they are rather than dressing them up as progress.

If you’re launching a new brand online, and at the same time continuing with an old brand in print, doing those two very different things doesn’t naturally equal fewer jobs, does it?

Trying to sell that as part of your story cheapens both products – digital and print – and leaves the staff you’re trying to lead through change feeling cheated, inadequate and demoralised.

Just tell the truth: your revenues are falling to such an extent that you need to reduce your costs.

Don’t pretend that it’s the magic of online that makes this possible, because everyone knows that the editorial offerings would be much better if you retained more journalists.

Job losses are always painful, but they feel much worse if the reasons behind them are fudged.

3/ Why are you splitting online and digital staff?

When the modern face of digital publishing first emerged, publishers initially tried to hide from it by creating an ‘online’ office down the corridor, and sometimes on a different floor.

It took years to remove the barriers that were built up, to integrate the whole editorial floor with the team spirit needed to tackle breaking news websites alongside print.

But integrate them you did – focusing one team on shared targets and visions that spoke of ‘quality local journalism’ as the common theme, irrespective of platform.

Now you’re splitting the teams again, not only in job role but in location too in the case of Birmingham Live, making the remaining print team feel like the last men and women standing.

They feel, and in many cases have been told, that their days are numbered, and that soon you won’t need them any more.

Is that good leadership? (And is it even true, given that the majority of revenues are still coming in through the print product?)

4/ What do the readers think?

Yes, you say you’ve tried the ‘Live’ theme out at what was once the Birmingham Mail, and you’ve told the world that it’s working. Please explain how by answering these sub-questions:

5/ What happens when readers want to return to trusted media brands?

This is a big question at a time when the experts tell us readers will eventually get fed up with ‘fake news’ and will want to return to reliable media brands that they know and respect.

To quote Mark Hollinshead, Trinity Mirror’s former chief operating officer who only last year was brought back in by the publisher to advise them on the future:

“They [regional news sites] will become more influential as audiences continue to grow and revert to more trusted sources of news and information.”

But how can this ever happen if those trusted regional news sites have been rebranded as something entirely different, ignoring the century-old titles they emerged from?

In short, what’s left for anyone to return to? Pray tell, Trinity Mirror, and help the regional sector to understand what on earth you’re playing at, because that’s what everyone is asking.