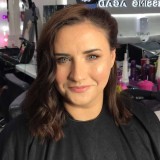 A deputy editor has been promoted to the top job at a city news website after the departure of its founding editor for a new role.

Gillian Loney has been unveiled as the new editor of Glasgow Live, where she has served as second in command since its launch in April 2016.

Gillian, left, takes over in the editor’s chair from Glasgow Live launch editor Gregor Kyle, who has moved on to a new as-yet-undisclosed role with the site’s owner Reach plc.

Gillian told HTFP: “It’s a huge honour to step into Gregor Kyle’s shoes as the new editor of Glasgow Live. I joined the team before the launch in April 2016 and am very proud that it has fast become the biggest news website in Glasgow.

“That success is down to a dedicated team of young journalists who know what’s going on in their city and who can share it with readers in a fun, engaging way.

“It’s business as usual for us providing breaking news, vital traffic and weather updates, and alerting Glaswegians to the hottest new bars and restaurants in town.

“Myself, deputy editor Magdalene Dalziel and the rest of the team hope to build on those previous successes and continue to speak for the people of Glasgow.”

Gillian spent six years with Johnston Press before joining Glasgow Live – working for titles including the Glasgow South and Eastwood Extra, as well as the company’s WOW247 entertainments site.