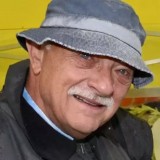 A deputy editor who also worked as a spokesman for the National Coal Board has died aged 73.

Tributes have been paid to Eddie Mardell, who served as deputy at the Epworth Bells prior to his retirement in 2009.

Eddie also worked at the nearby Doncaster Free Press, as well as newspapers in the south of England, during a career in which he also spent time working in public relations.

His daughter Sam told the Free Press that her father had suffered a stroke at home on 14 February and died two days later in hospital.

She said: “It was a massive shock. He was very well-known around Epworth and was always busy doing something.”

Eddie started his career on titles in Harlow and Stratford, London, before moving to the Doncaster area in 1981.

He was a press officer and spokesman for the National Coal Board, later British Coal, and also worked in the Ukraine before moving back into newspapers.

Eddie became assistant features editor at the Free Press before taking up his last role at the Bells.

Following his retirement, he served on Epworth Town Council and was press officer for Epworth Men’s Society, a social group for men living in the Lincolnshire town.