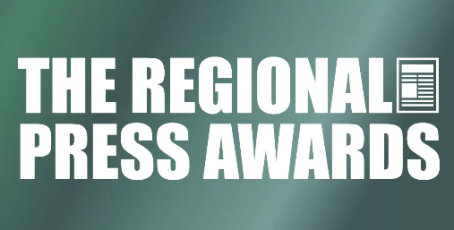 The entry deadline for this year’s Regional Press Awards has been extended by four days to take it up to Monday, 12 March.

Six new categories are up for grabs at this year’s biggest regional media event, due to be held on Friday 18 May at IET London, Savoy Place.

Journalists now have until a week on Monday to get their entries in for the awards, organised by the Society of Editors and held in association with HoldtheFrontPage.

The SoE has also announced a reduction in ticket prices for this year’s event to £70 from £80 last year, while entry fees remain at £25.

Executive director Ian Murray said: “We know budgets are tight in the regional press, which is why we have gone the extra mile to keep costs down and even reduce the price of a place at the awards in May compared to last year when the ticket cost was held even then.

“With recognition that newsrooms have changed in the regional press through the addition of new digital categories recognising excellence and also the innovation taking place in the industry, the Society has truly brought these awards into line with what the local press requires.”

Judging will take place on 12 April under the auspices of chairman of judges Paul Horrocks.

The awards are also made possible by the support of UK Power Networks, United Utilities, JTI, Cision, Foot Anstey, the News Media Association and the Press Association.

The full list of categories together with full details of the new awards and guidance on how to register and enter can be found at www.regionalpressawards.org.uk.