A regional publisher which closed a weekly newspaper two months ago is to close a sister daily title’s district office in the same town.

The Midland News Association has confirmed the Shropshire Star’s Oswestry office is to shut, although no firm date has yet been set for the closure.

No jobs will be lost as a result of the move, but three editorial staff working at the office, on Salop Road, will be relocated to the MNA’s office 18 miles away in Shrewsbury as a result.

The move comes after the MNA decided to shut the Oswestry & Border Chronicle in September after seven years in print following a review of the company’s weekly portfolio. 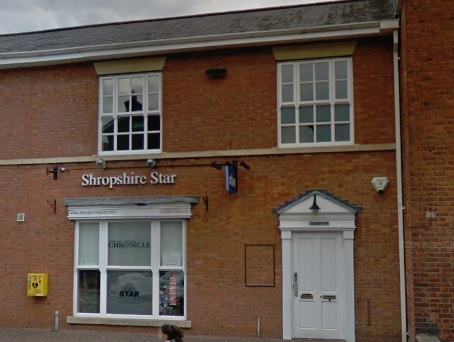 MNA managing director Graeme Clifford said at the time of the Chronicle’s closure that the MNA would “continue to serve Oswestry and the surrounding area” through the star and its sister website.

The publisher has subsequently also made changes to its weekly operation in the Black Country, replacing the seven-edition Chronicle series with a new publication called Chronicle Week – dubbed “Britain’s biggest free weekly newspaper.”

An MNA spokesman confirmed to HTFP three editorial staff would be relocating from Oswestry to Shrewsbury.

He added: “No date has been set for the Oswestry office closure and no jobs will be lost as a result.”

The town is still served by the Newsquest-owned Oswestry and Border Counties Advertizer which is based at Oswald Road, Oswestry.