A regional daily has launched a new Twitter account dedicated to news about a soap opera which is set on its patch.

The Manchester Evening News has started the ‘Coronation Street MEN’ channel on the social networking site, which pledges to bring readers “all the latest Corrie news.”

The MEN has previous links to Coronation Street, and has occasionally produced mock editions of the programme’s fictional ‘Weatherfield Gazette’ newspaper to mark special occasions. 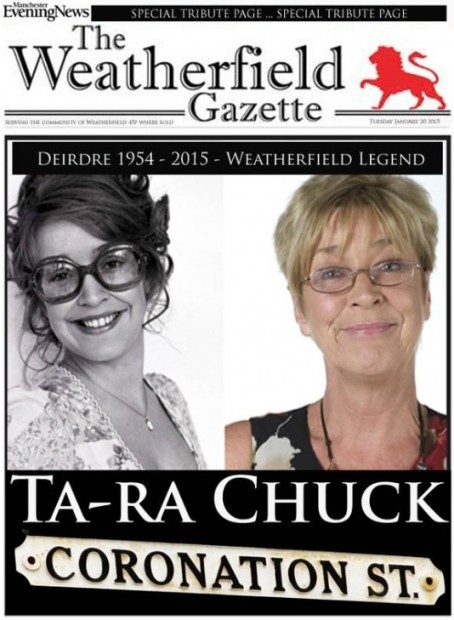 One such mock-up was produced in tribute to actress Anne Kirkbride, who played Deirdre Barlow in the soap for more than 40 years before her death in 2015.

Five years earlier, the MEN published a 32-page souvenir Gazette to mark the show’s 50th anniversary with the backing of ITV.