A regional daily’s sports editor found himself on the front page of a rival newspaper after taking part in a running event.

Nick Loughlin, of the Northern Echo, inadvertently featured on The Journal’s front page yesterday after competing in the Great North 10k race.

The Newcastle-based Journal pictured a smiling Nick on the route in Gateshead. 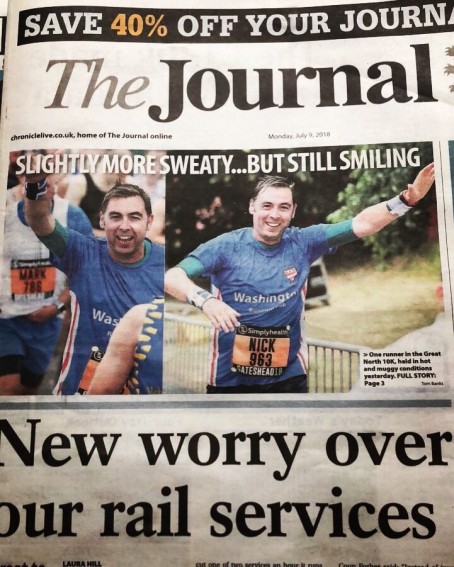 He wrote: “Nice to get a big picture byline on The Journal today – never had a double front page in all my time at the Northern Echo.”

He wrote: “Of all the people who ran in the Great North 10k, who should be chosen for the front page of The Journal but the sports editor of a rival paper.”