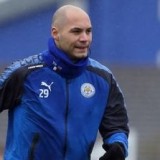 A regional daily has apologised to a professional footballer who accused the newspaper of writing “bulls***” after it followed up a national story speculating about his future.

The Leicester Mercury said sorry to Leicester City defender Yohan Benalouane after running a story based on a report in The Guardian, which claimed the French-born Tunisian international was “upset” that three bids for him had been rejected by the club.

Mr Benalouane has played in four games for the Foxes this season, and has admitted he is disappointed not to feature more regularly.

He criticised the Mercury in a post on his official channel on the social networking website Instagram, although no mention of the initial Guardian report was made.

“I’m very happy to be a Fox but I’m disappointed to not play, it’s a little bit different. The football is my life, when I shall be not satisfied to play then I could hang up my studs.

“It’s not my case because I really want to enjoy being in our King Power Stadium [Leicester’s home ground] with our big fans! So Leicester Mercury, stop to tell bulls***!”

The Mercury reported Mr Benalouane’s response in a follow-up story on its website headlined Benalouane ‘happy to be at Leicester City.’

In a post linking to the clarification from its Mercury LCFC Twitter channel, the newspaper said: “Sorry, Yohan Benalouane. We hope this sets the record straight.”